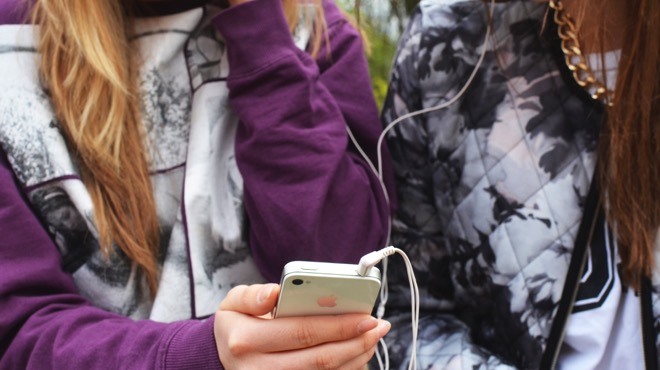 The question: “What makes a video go viral?” is asked a lot, but the answer is usually rather vague.

An Australian company decided to remove the mystery from viral video and pinpoint the common features of videos we all enjoy watching and sharing. Using their knowledge of virality, they made eight videos, which got an amazing 500,000 comments and 1.6 million likes. What you read next will have a huge impact on the way you make video.

The Woolshed Company spent two years creating and disseminating some of the biggest videos on the internet. You’ve probably seen their work. But what you might not know is that they were fake!

Remember the lion that took revenge on a trophy hunter? The guy who ran into a tornado in the Outback to take a selfie? Yup. Fake. They were all part of an experiment to understand the concept of shareable video.

The fact that each of their eight videos was fake isn’t the focus of this post. What’s important here is the fact that these videos gained an astounding 205 million views, not to mention worldwide news coverage.

Wouldn’t it be great to achieve that for your client or your own business? To help you emulate their success, we’re going to look at the key features of The Woolshed Company’s viral videos.

What makes a viral video?

Your story doesn’t have to change the world.

In fact, the ‘smaller’ the story, the better. It makes it more relatable. Who amongst us hasn’t felt irritated by other visitors encroaching on our space at a beauty spot? That’s the story to Woolshed’s USA vs Japan: Ultimate Selfie Stick Fight.

It features a memorable speaker.

Note that in the case of the video above, we definitely meant ‘memorable’ rather than nice! Even a video that features characters who are annoying, unsympathetic, or even unpleasant, will get people viewing and sharing.

The bigger the personality, the better – it can make for a real talking point. Don’t be afraid to create debate. In fact, the more people you can get to talk about your video, the better!

Of course, associating your brand with negative values is to be avoided, so have a plan to keep things positive. GoPro Falls off Drone into Burning Man Dance Floor by The Woolpack Company is a great example of a video that created a real talking point around authenticity:

Note that the creator framed the debate in positive terms with their description: “GoPro camera falls off a drone flying over Burning Man festival and lands in a pumping dance floor! Amazingly the camera got handed in to lost and found, and this is what was on it! How good is that!”

If you want learn more about talking confidently and naturally on camera, check out our post Talking Heads: Making a Conversational Video.

A viral video captures the viewer’s attention within seconds.

It’s instantly interesting. From the outset of Woolpack’s Crazy Guy Runs into Outback Tornado to Take Selfie, you want to know what the video is all about. You’re right in the middle of action, alongside the main protagonist.

This doesn’t mean that background information isn’t important, just don’t start with it. Rather than a slow build-up, start by grabbing the viewer’s attention.

Regardless of the product or service you are promoting, or the type of video you want to create, remember that video is another form of entertainment. Whether you’re informing viewers about your exciting new features or sharing a customer testimonial, the video has to be entertaining.

Production quality isn’t the most important element of a viral video.

Take a look at the Lion Takes Revenge on Trophy Hunter! video.

The production values aren’t what made this video go viral, it’s the content. Spend some time reading the comments and you’ll see that there are two distinct categories of debate – authenticity and the ethics of hunting.

You don’t have to have a huge budget to raise awareness, just a topic that your audience has an opinion about. Want to save money on your video production? Here’s a list of actionable hacks.

Make people stop scrolling and start watching. There’s a lot of content out there, and your headline is the first thing that will make people watch.

The creators at The Woolshed Company could easily have titled Stormtrooper Falls Down Stairs on the Way to Star Wars Premiere with the rather insipid “Extra Falls Down Stairs “ or “Stormtrooper Takes a Tumble”. When it comes to the title of your viral video, the devil is in the detail. Give people a reason to stop what they’re doing and watch your video.

The same thinking is behind selecting a good poster frame image. This is another small but effective way to grab people’s attention.

Each video should tell a story.

Rather than focusing on what you’re selling, focus on grabbing the audience’s attention with a story. Watch the compelling Snowboarder Chased By a Bear –  I Was Singing Rihanna Work and Didn’t Know it Was Behind Me!

Most of the 9.1 million viewers will have been unable to tear their eyes away from the video. Will the bear catch up? Will the girl notice?

It’s also effective at putting the viewer in the subject’s position. What would you do if you looked back and realized there was a bear behind you? It takes the audience beyond the video.

For more inspiration, our post The Secrets of Storytelling: 11 Ingredients for Better Videos is packed full of tips on telling irresistible stories on video.

The keys to viral video success.

No matter what type of video you’re making, have this handy checklist beside you:

You might not be aiming to go viral, but these tips will ensure that your video will generate engagement and interest your audience.

Have we missed any common features of viral video? Share your insights with the SproutVideo community below or on Twitter!