Camera Wizardry: Getting the Best Angle 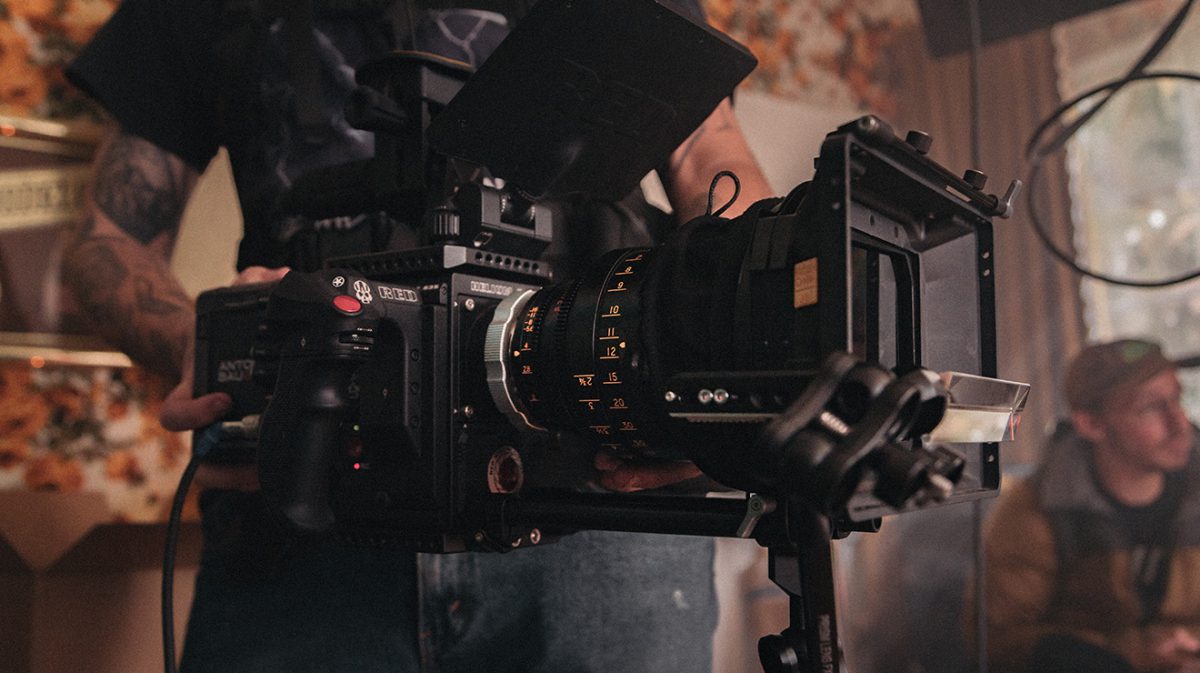 We love hacks. One of the easiest, most economical video hacks with a lot of impact, is understanding how to use camera angles. By tilting your camera, you can instantly communicate recognizable feelings or abstract ideas, like power.

A little trilogy named ‘Lord of the Rings’ is full of these clever techniques. Peter Jackson thoughtfully made use of camera angles to skew the audience’s perspective, making Gandalf tower above Hobbits. Here are some classic examples to get you on the path towards camera wizardry.

Low angle shots are powerful storytelling tools. This shot is meant to give the subject power or height by making the audience feel like they are looking up at a character from below. These shots make characters feel psychologically dominating, making the audience feel small, vulnerable, powerless in a scene, insecure, or even confused. Use low angles to garner empathy for perilous situations.

More subdued low angle shots are often used to make actors appear taller than they really are. Ever wonder why some actors seem shorter in real life? Similarly a low angle can make your audience feel immature, after taking on a toddler or pet’s point-of-view. These shots can also convey speed. Shooting a moving car from the ground up will make it appear to be whizzing by.

This classic scene from Citizen Kane demonstrates how the effect can be used to heighten the confrontation between Kane and Leland after his election loss. Fun fact: Welles crew dug holes in the floor of the set to capture some of the ultra-low angles used in the film (we won’t ask you to do that).

High angle shots are just as impactful. This shot takes away power from a subject, making them part of a wider picture. High angles convey that a subject is weak, powerless, harmless, apathetic, short, vulnerable, or even juvenile. Like low angles, high angles are used by directors to gain empathy for or show the perspective of a particular character. Heroes up against their nemesis are shot from a high angle to demonstrate the insurmountable odds that are stacked against them. High angle shots also make actors look more diminutive.

One of the most famous high angle shots in film history is this scene from Psycho. Hitchcock makes Marion seem even more vulnerable to Norman Bates. Combining high and low angles, like Hitchcock, is a powerful way to show the power or age differences between two characters. This Scrubs example might be one of the best demonstrations of both effects in action.

You don’t have to climb a tree or get down and dirty to get these shots. All you need is an adjustable tripod. Simply lower or raise your tripod so that that your camera angle is above or below your subject. Before you start filming, do some test runs to figure out the best angle and frame for your shot. If you don’t have a tripod, you can still get the same effect by tilting your camera up or down as you film. Again, do some practice runs to make sure you’re getting enough drama from your angle.

Ah, the Dutch tilt. Also called the canted angle, this easy camera trick is a way to instantly make your audience feel uncomfortable. Ever watch Battlefield Earth? If you answered yes, you know what we’re talking about. By leaning the camera sideways, directors make their audience literally feel unbalanced, resulting in disorientation, psychological uneasiness, and tension. The effect is often used to simulate madness and evoke feelings of alienation from the audience. Originally called the “Deutsch” angle, the effect was used in early German cinema and was characterized by angling the horizon instead of placing it on a horizontal plane.

Dutch angles can be hard to visualize. The effect is used frequently in Slum Dog Millionaire to heighten tension and churn the audience’s emotions.

Theoretically, this trick seems, well, tricky. In reality, all you need is a tripod. Simply place your camera on the tripod head and rotate 90 degrees from its normal, resting position using the pan handle. As with the high and low angles, test your shot out a few times before you start filming to make sure you’re getting the desired effect.

Want more challenging hacks? Here are a few bonus tricks that require a bit more ingenuity than angling your camera.

A bird’s eye view captures a scene from directly overhead. Make familiar objects seem unfamiliar or demonstrate the scale of a character to their landscape. The shot is also known as a ‘God’s Eye View’ shot, because it seems to give the audience omniscient awareness, looking down on the action of a scene.

This may be the most literal example we could find. We do not endorse trying this at home. Ever.

Mastering the bird’s eye view can take some finesse. You DO need to be above the subjects of your shot for this one. If you don’t have a crew or a handy friend to help you build a rig, plan your shot out. Find locations with bridges or high walkways and use some caution and good judgement.

Have the need for speed? Grab your trusty dashcam. Dashcams are easy ways to get shots on the go or to infuse a bit of action into your video. Dashcams can make an audience feel like they’re traveling at high speeds, or like a passenger, along for a ride in a scene. Their grainy footage can make it appear as though one of your characters took the footage themselves.

Dashcams can start at upwards of $50, but all you really need is a smartphone and a dash mount. Free apps like Daily Roads Voyager record as you drive, capturing everything, but allowing you to navigate through footage to save the most interesting or relevant files. A background clean-up process automatically deletes old or irrelevant footage, ensuring your SD card doesn’t fill up.

Have other interesting effects or tips to share? Let us know in the comments below!

If you’ve mastered your camera angles, and have a video ready to share, open a free 30 day trial and get started right away.