How to Leverage New Video Ad Formats on Social 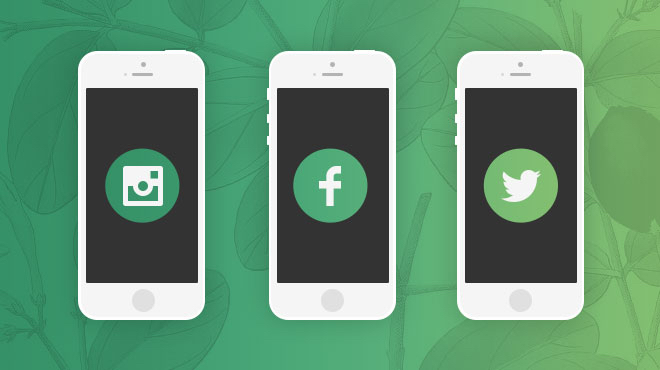 Mobile video is the new norm as more and more people stick to their phones when browsing social media. In response, different social networks are scrambling to create new video ad formats that will allow them to capitalize on this phenomenom.

Most videos will be watched on mobile, so it makes sense to not just bear this in mind when producing video content for a Facebook audience, but to positively embrace it.

According to Graham Mudd, Director of Ads Product Marketing at Facebook, “Those that do [embrace the importance of mobile video] see better performance — more views and stronger brand metrics. How quickly users make decisions about content and how quickly they consume it on mobile is fundamentally different.”

An element of video that’s absolutely crucial is sound. Or, WAS crucial. In fact, 80% of Facebook users react negatively when a video autoplays with sound and they’re not expecting it. If you consider how social media is consumed – on the bus, taking a quick break in work, while watching TV – this makes a lot of sense.

Facebook have made it easier to communicate with viewers who set their mobile devices to silent by designing an auto caption tool. The hassle that used to be embedding captions or uploading caption files is now a thing of the past. Awkward mistakes should be avoided by the training that Facebook have given its captioning tool: workers have transcribed more than 50,000 video ads to help boost accuracy levels. You won’t have to rely on this tool – you can review and edit all captions before posting.

This change to video ad formats brings with it serious benefits for everyone involved in the video production and marketing process. Restaurant chain A&W Canada reported that they saw a 25% rise in watch time from adding captions.

By including captions, the likelihood of grabbing the attention of scrollers whose phone is set to silent, is increased. The other piece of good news is that captions increase the length of time people spend watching the video. It’s especially important to include logos and products in the first few seconds of the video in order to maximize the power of video on social.

For anyone making a video, the new video ad format on Facebook means that we need to think differently about content. It has to speak to the audience both with and without sound, and can’t be so dialogue-heavy that the captions would take over the entire screen. Social media is now far from the poor relation of ‘old media’ – content that is created for it must be created with this platform in mind. And if you aren’t convinced that your efforts are working, the new metrics that Facebook have added to its video analytics will show you where you might improve.

Twitter’s latest woes have been well publicized. The platform has come back fighting by offering First View: a 24-hour promoted video at the top of audience’s timeline.

When users log into Twitter, the first thing they see will be a promoted video. In terms of attracting audience attention, money just can’t pay for that type of exposure. Except now it can.

With the shake-up of Twitter’s algorithm, users are more likely to see tweets they care more about, rather than the most recent content. With Twitter’s research confirming that video gets the most engagement, everything is pointing towards one thing – make great video, and enviable Twitter engagement will follow.

Twitter is all about conversation. That’s why the platform has recently rolled out ‘conversational ads’. These are video ads that allow brands to tweet video content and include a call to action button. When the call to action button is tapped, the consumer can personalize the message and share it (including the video) with their followers.

Alex Josephson, a Director on Twitter’s brand strategy team, said: “This entices users to tap that button while watching the video, and that button sends a tweet from their handle that carries the same video and the same call to action button.”

The aim is to drive video consumption of video, to create instant shareability and to enable more creative, engaging videos to go viral. All music to the ears of video producers. Conversational ads are currently available in beta to a small group of brands, so watch this space…

If you want to see what you could do with the extra time, take a look at T-Mobile’s one-minute version of its 30-second Super Bowl commercial. It’s only available on Instagram. Warner Brothers will also run a 60-second version of its ad for its new movie, How To Be Single.

Earlier, we discussed the impact of silence on video ads on Facebook and how producers can create a video that speaks to the audience, however they choose to watch. Instagram don’t yet offer captions like their parent company, Facebook. The danger of the new, longer format on Instagram is the potential for the 60-second videos to feel much longer than they actually are. This is especially so when you consider the length of time Instagram users tend to spend scrolling through photos on this platform.

The trick is – as ever – to grab the viewer’s attention from the outset. What will stop them from scrolling through static photos? Easy: movement. T-Mobile did it, and it works. Even if you watch the video with the sound off, it’s still eye-catching.

In addition to being dynamic, successful video ads on Instagram must be meaningful with or without sound. Its users often browse at times and locations when sound would not be appropriate. Videos on this platform must get their message across fast to make the most out of the time users are prepared to spend watching the content.

Video: the format that keeps on evolving

Video has been the buzzword of the marketing world for a few years. But if you keep creating videos just like it’s 2014, the audience will switch off. As social media platforms are gaining more understanding of what viewers want (and don’t want) we have more opportunities to create engaging content that ticks two boxes: 1) genuinely enjoyed by the audience and 2) clearly communicates a message that helps to drive business.