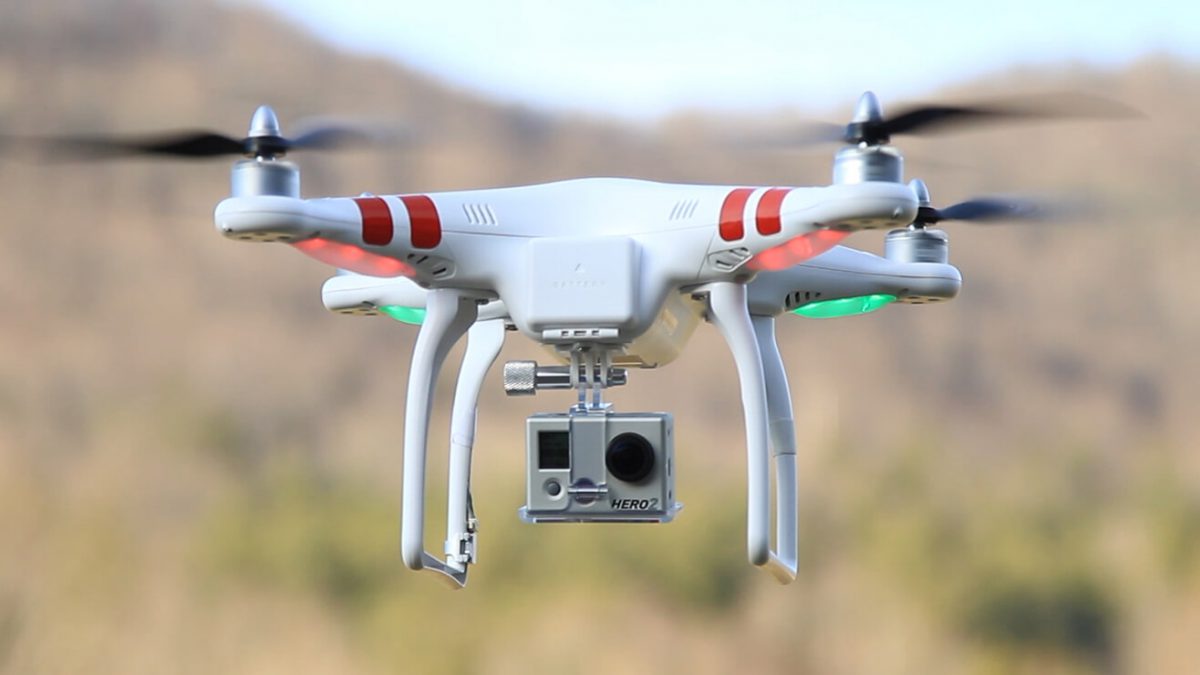 Maybe you already own a GoPro or HD video-equipped drone, or maybe you’re thinking of investing in one to bring an element of epicness into your videos. In either case, GoPro and drones have a lot to offer in terms of drama, with the ability to capture powerful new perspectives that translate into amazing video moments.

Here are the basics on GoPros and drone cameras for those who aren’t yet familiar, along with few ideas of how you can use these tools to make awesome video.

Marketed as an “action camcorder,” GoPro is a videocamera you can mount easily onto almost any surface, including yourself, your pet, your surfboard, whatever. The aim of the GoPro is to enable videographers to capture moments right in the thick of it, and to create immersive video experiences for audiences.

The GoPro (and other cameras modeled after its design) is compact, lightweight, wearable, and gear-mountable. It’s also waterproof up to 40 meters, meaning you can shoot underwater. It has a host of associated accessories, and a range of camera features to suit almost any budget. You can also coordinate your filming with the GoPro app installed on your phone.

Cool things you can do with a GoPro

Attach it to sports equipment, like in this video featuring pole vaulter Allison Stokke:

Get an aerial shot, as in this video “The Northern Roads” from Neumann Films:

Attach it to your pet:

There are many more uses for GoPro cameras than we have showcased here, so why not let your imagination run wild and see what you come up with!

Also marketed as a “quadcopter,” a drone is a remote-controlled flying vehicle (often associated with covert surveillance) that can perform complicated aerial maneuvers and hover steadily in place. Many photographers and videographers strap cameras – including GoPros! – to drones to capture amazing perspectives on events, landmarks, or everyday life.

There’s a huge range of features and video quality, and a correspondingly huge price range, for drones. Most drones use a remote control not unlike a video game controller, with two joysticks that allow you to guide the drone by touch. Some models allow you to use a smartphone connected via Wi-Fi and an app instead of a remote control. Mid-level drones offer a first-person-view headset that shows you the drone’s perspective, making it easier to capture the footage you want. More expensive, professional-grade drones have features like the ability to return to where they took off if you lose your connection, and automatic compensation for wind and light.

Cool things you can do with a drone

Deliver stuff, like this video from Same Day Pups (actually, this is a brilliant marketing campaign by the Humane Society):

Report on something awesome, like this drone video from inside an erupting crater:

Marketing from above, like this bird’s-eye-view of a tropical resort:

What to be aware of

While you don’t need a license to operate a recreational drone, you are responsible for adhering to the FAA’s safety guidelines for model aircraft. For example, some restrictions apply when flying drones near people, and drones are not permitted within 5 miles of an airport. Be sure to check your local regulations prior to embarking on your drone’s maiden voyage.