The Rise of the Food Hack Video 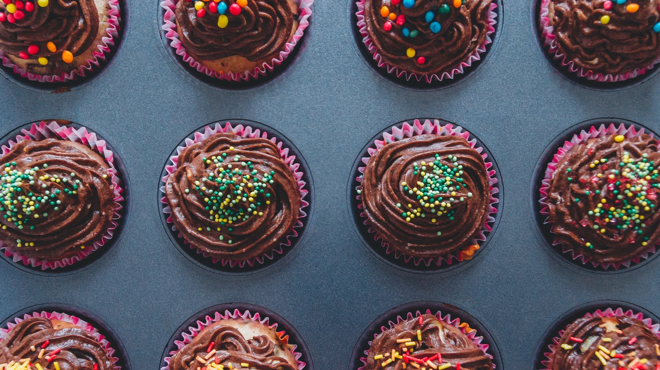 If you’re on Facebook or Instagram, I’m sure you’ve noticed the rising popularity of the simple, ingenious “food hack” video by now. These videos, which usually feature a “how-to-make-something” theme and show the process in short clips from above, are truly an interesting phenomenon.

They’re short, they’re engaging, and they have the uncanny ability to stop you dead in your scrolling tracks to be totally enthralled by, for example, a recipe for making cookie-and-milk shots, avocados filled neatly with ham and eggs, a banana split milkshake, or a latte with Donald Trump’s face drawn into the foam—you get the idea. It’s food, hacked, and we can’t stop watching.

As Popular as They are Delicious!

These eye-catching, drool-worthy clips have racked up billions of views in recent months. Your friends are sharing them like crazy. Clearly, this is a standout category of content.

They are really, extremely shareable. The video above went up on April 4th and already has 11 million+ views, and counting.

The numbers simply don’t lie: Buzzfeed’s Tasty Channel, which is basically the king of the food hack video, has 49 million likes (yes, 49 million). Tastemade, another food hack channel, has a not-too-shabby 14 million, and there are hundreds of others that have appeared in the recent past, as you’ve probably noticed in your feeds. This is social video at its best.

So what exactly makes the food hack video so enticing that everyone stops scrolling and pays attention?

1. They’re suited to the platform.

Once the foodhack phenomenon started to take off, brands creating the videos kept making them in a very similar style: view from above, quick sequence of steps with cuts in between, etc. This gives viewers automatic context for what they’re seeing.

3. Images of food are irresistible.

4. The videos are simple.

Foodhack videos tend to be short (now they can be up to 60 seconds for Instagram) and tell a very simple visual story, in obvious steps.

A huge point of appeal for the foodhack video is that it makes fancy food items—which we usually think of as something only the talented cooks of the world can create—into something anyone can do.

Will food hack videos be influencing your strategy? Let us know how!