Amazingly Useful Footage You Can Only Capture With a Drone 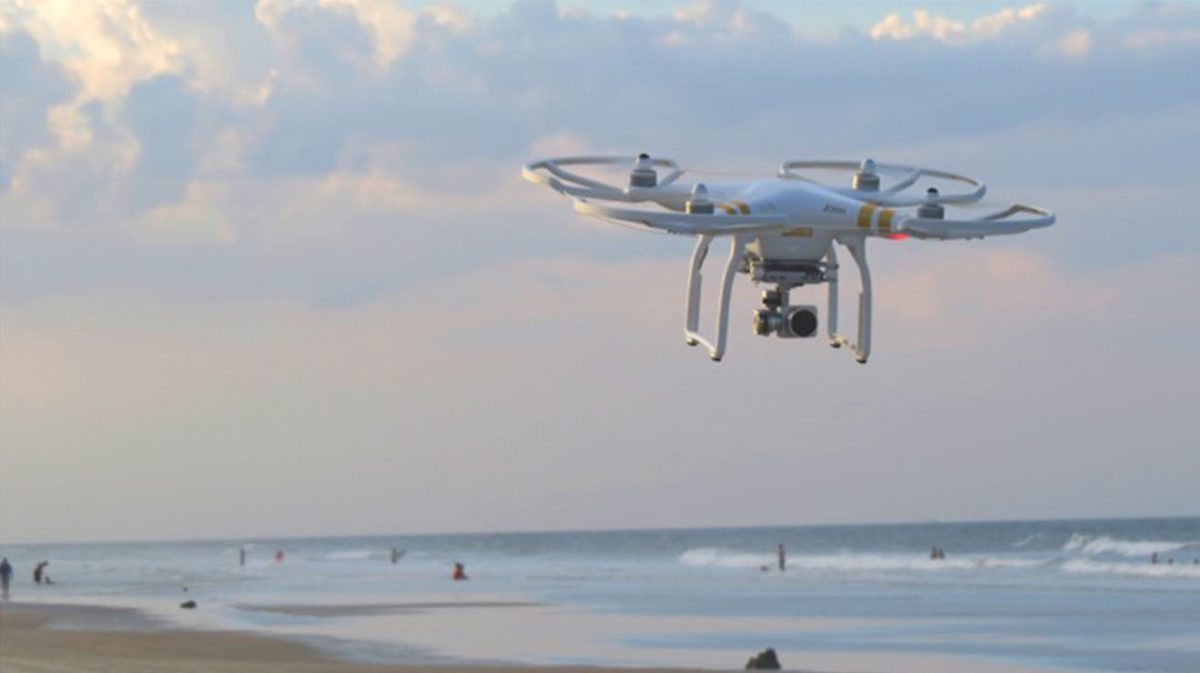 There are some shots you just can’t get with a camera on a tripod. In the past, you’d just have to accept that and move on with your life.

Today, that’s where drones come in. Increasingly affordable, and very technologically advanced, a drone might be the best purchase you make all year. This post is all about the types of shots you can only get with a drone to help inspire you once you finally take the plunge.

Drones are perfect for capturing driving scenes. If you program the route ahead of time, and coordinate the speed of the car and timing, you’ll reduce the chances of going off course.

If you’re using a Phantom drone from DJI, you can preprogram a route by using the course lock setting. This will ensure your drone follows a set path when it embarks on its flight.

You can use shots of a car driving to transition between scenes, as an introductory or ending sequence, as part of a montage, or to heighten drama.

Be sure that you’ve taken all safety precautions to ensure you aren’t breaking any laws or endangering anyone’s wellbeing if you attempt this. Be mindful of your surroundings, other cars on the road, road signs, overpasses, or any other potential obstacles.

Moving Low to the Ground

Although drones are probably best known for their ability to fly high in the sky, they are also extremely adept at maneuvering closer to earth. The ability of a drone to hover steadily without wavering is truly impressive.

Forget putting your tripod on wheels, buying an expensive wearable stabilizer, or setting up complex camera tracks to get smooth moving shots. You could almost leave the tripod at home!

Since capturing audio with a drone isn’t practical due to the noise emitted from the quadcopter, action scenes without key audio or dialogue are a natural fit. This type of footage might best serve as b-roll footage, to help you tell your story as it unfolds.

Think about flying under bridges, trees, or other overhanging obstacles. You can also track action happening on the ground, such as a soccer game, or two characters walking.

The trouble with scenes happening on bodies of water is not just the risk to the camera gear if something tips overboard. You also have to worry about the natural pitch of the boat or flotation device on the water. If your camera is constantly bobbing up and down, it can really mess up your shot.

Drones obviate that issue, enabling you to capture steady shots even if you’re out to sea. In fact, they could be considered essential equipment if any of your video takes place on or near a body of water.

With a drone, you can dramatically expand the types of shots you can get in an aquatic environment. You can fly high over a boat to demonstrate the scale of a scene (or the boat), or you can hover just a short distance from the boat to capture a more intimate scene.

Of course, we recommend exercising caution and good judgment if you’re flying expensive equipment over water. Be sure to stay within range, and watch closely for any signs of trouble connecting with the drone.

If you live in an impressive city, such as NYC where SproutVideo is based, a drone is your new best friend.

Footage of city life, including crowds of pedestrians, people playing in a park, boats going by on a river, traffic on bridges, or monuments the city is known for, are all great shots. The thrum of activity in urban areas makes for excellent b-roll footage.

If you need to establish a sense of place, cut to a new scene, or introduce a video, these types of shots are really popular choices.

Be sure to respect all local laws when filming. For instance, you might need to get permission or a license to fly a drone in a specific area. You also might need to get release forms when featuring people in a video. And as always, safety first. Don’t fly a drone near people if it might put them in harm’s way.

No matter where you are, there’s something about the movement of the sun that seems significant. Maybe it’s the poetic passage of time, the beautiful colors, or the gentle reminder that what goes up must come down.

Either way, there’s no better way to capture a sunrise or sunset on camera than with a slowly rising drone filming in 4K. Check out this raw footage we captured when we took our DJI Phantom drone on our company retreat to the Dominican Republic:

The ability to program a drone to slowly circle around an object opens up a lot of possibilities. For monuments, points of interest, or even a scene as it unfolds, it has endless applications.

Showing all sides to a scene or an object helps draw viewers in, and creates a very intimate emotional connection. It can also heighten excitement, depending on how quickly the drone is moving.

If you’re selling a home, especially an expansive estate, what better way to show it all off than with drone footage?

You can soar over the roof, showcase a pool, or simply capture the layout of the property with a bird’s eye view. It’s also a great way to make it clear where the house is located in proximity to other properties.

Showing the scale of a throng of people can really bring home the impact of the event that’s taking place. Send the drone up high, and slowly pan across the crowd to capture an amazing shot.

If you attempt this, be careful to maintain a safe distance from the crowd and the stage. Make sure to get all required permissions from the event organizers, as well as the local authorities, as applicable.

Since drones aren’t fixed to the earth, they can be used in more agile ways than any other camera set up. For instance, if you are transitioning from one place to another, with action unfolding the entire time, a drone might be your only option for filming.

As this video from the band OK Go shows, you can get really creative when you no longer have to pause the action, and move a tripod between scenes:

This video was filmed entirely with a drone, and really displays their versatility, unlocking all sorts of creativity!

Sometimes, you want to create a sense of space or drama, that only a change in perspective can bring. Drones are perfect for this because of their high-flying capabilities.

Some of the most interesting shots are those taken when a drone is hovering high up, with the camera pointing straight down.

Seeing how small something looks from that vantage point, or the amount of empty space surrounding a scene, can really change the tone and emotional charge of a video.

It’s something to experiment with. See if it fits with your particular project and message, and if so, run with it!

Do you have a drone? How do you use it? Let us know what you think in the comments below!

How to Tie Revenue to a Specific Video

How to Make Multiple Marketing Assets From a Single Video

How to Collaborate Effectively With a Remote Video Team