Virtual Reality and the Future of Brand Experience 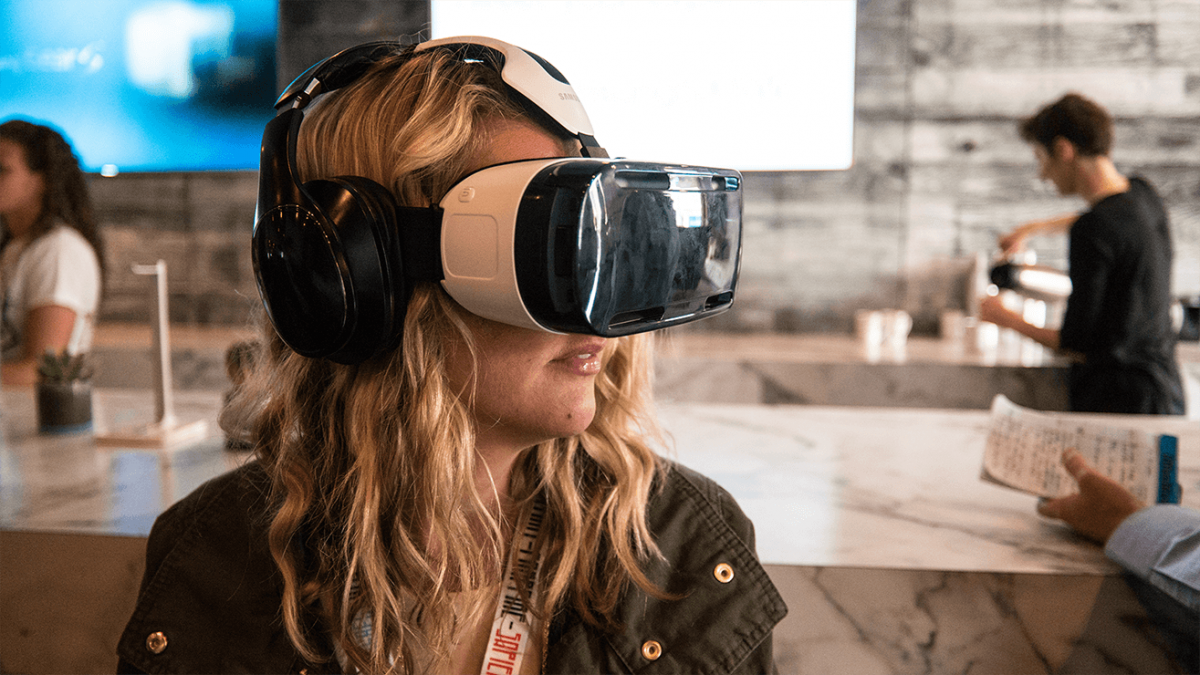 Virtual reality is one of those concepts that has been on the horizon for what seems like a really long time. It’s been the subject of movies, TV shows, books, articles and various other forms of speculation. Even the phrase “virtual reality” has been used so often and for so long that the actual meaning has become somewhat murky.

Recently, the technology has caught up to the hype. No longer confined to films and the occasional lab or trade show, VR is actually becoming a thing that we normal people can experience—to some degree anyway—and those in the hyper-informed echelons of the media world are letting it be known that VR is going to make a big difference to our lives. But what does this all mean for your brand, and how people interact with it?

What is VR, really?

At this point, virtual reality is something that can only happen using a VR headset (like the ones by Oculus Rift, Sony PlayStation VR, Samsung Gear VR and HTC Vive) that has sensors that track your bodily movements and respond to them. This creates the potential to not just see an environment all around you, but to actually interact with it.

This isn’t the same thing as 360-degree video (which is extremely cool in its own right), because you can’t interact with the environment itself in 360 video. The most you can do is interact with the view—but the entire thing is created using cameras, not programming, which is the difference.

VR is also distinct from augmented reality, which is where programming is used to overlay data on top of video or a viewed environment—this is like what you get with Google Glass. Again, the environment around you isn’t programmed as it is in VR; what you have is a programmed layer on top that adds to your reality (hence the name “augmented reality”).

The founder of Facebook has been a long time proponent of the importance of VR, and he recently gave an interview with Business Insider that was pretty informative about the future of VR, and how it’s going to affect our lives. You might know already that Facebook owns Oculus Rift, the most advanced, widely available VR headset; Facebook is also delivering its VR technology to Samsung for the more moderately priced Gear—not a direct competitor—in order to help VR get established in the market. But why?

“We’re betting on two trends,” said Zuckerberg. “First that people will always want more immersive ways to express themselves.” So people are bound to want VR, and use it, as it becomes cheaper to get.

The second trend, says Zuck, is that people “are going to want to capture a whole scene, a room, to be able to transport to that. To be able to stream what you are doing live and have people be able to interact in that space.” Sounds pretty awesome.

What Will VR Mean for Video Marketing?

Well, that’s not entirely clear. In one sense, if Zuck is right, most markets will be primed for VR by the time it becomes more available, because rich media makes us happy! 360 video could be read as a kind of intermediary, and look at all the amazing things being done there!

When it comes to marketing your product to audiences, it’s likely that VR could eventually be even more effective than video at contributing to your bottom line. We tend to buy when we’re engaged with content (like video), and it stands to reason that VR will be even more engaging than video.

Is it likely that your company will be using VR instead of video soon? Maybe. Maybe even sooner, depending on who your audience is. For industries like gaming or other high-tech devices, VR might make a lot of sense as a way to build publicity with your target demographic, especially if it can be tied into a bigger publicity campaign. Plenty of companies are indeed doing that already (and it’s even more common for brands to use 360-degree video in a way that simulates VR).

As a more general marketing strategy, it will probably take some time for VR technology to become affordable for the average target buyer, which is going to keep it on the back burner for most brands. Mark Zuckerberg predicts it will take about 10 years to become fully normalized.

Until then, you can prime the pump by experimenting with 360-degree video and augmented reality—and we’d love to hear about your campaigns!