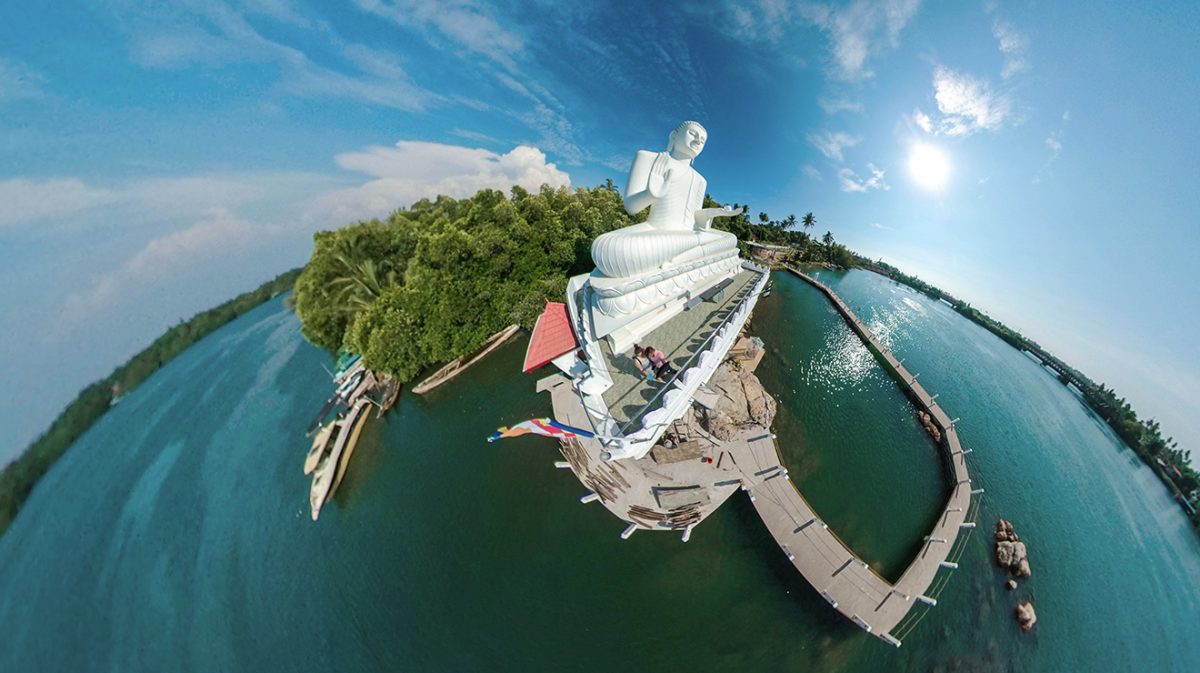 There’s been a lot of buzz this year about the epicness that is 360-degree video, with brands that have big visual elements—think tourism, products with high design concepts, any kind of sport or performance—making the most of what 360 video has to offer.

A number of brands have taken quick advantage of this highly interactive video format, and we thought it would be useful to showcase some of the ways they’re using it to engage their audiences. Pretty soon, your brand might be due for some immersive experience marketing, so here’s a look at some trailblazers.

In case you’re wondering what 360-degree video is exactly, here’s a quick rundown. Basically, 360 video is shot spherically with the image spliced together into a cohesive whole (similar to a panorama, except allllllllll the way around). Note – 360 video is NOT the same as virtual reality.

If you’re watching 360 video on a device that supports a more immersive viewing experience, like Google Cardboard, the video experience is almost like you’re actually there. If you’re watching on your mobile device, you can change the viewpoint around to check out the whole scene or even move around within it. In a browser, you can drag the video to change your view and explore the video environment.

In September 2015, Facebook started hosting 360 video, essentially making it a mainstream part of our daily lives. You might have had 360 video in your news feed and not even realized it. To help you get a better sense of what it is and what it can do for the viewing experience, here are some standout examples of 360 videos.

What better activity to build an immersive viewing experience around than a rollercoaster ride? Anticipation builds as “you” climb Six Flags’ Space Mountain, each click of the rollercoaster track seeming louder as you ascend the the track until  – whoooooooooshhhhhh – gravity propels you down the track, around bends and even upside down, flying through the sky!  The Discovery Networks brand utilizes the power of video in many of their other videos, using it to evoke fun, to make teaching more interesting and feel more relevant, and to give you a glimpse into an experience you might otherwise never learn about and that would be challenging to explain with words.

Want to know what it feels like to be a Major League Baseball player? Now you can—angst, glory and all. This video from Gatorade lets you be Bryce Harper, on the Washington Nationals. You get to hear his inner dialogue and everything, providing a pretty interesting and unconventional view of the game of baseball!

On a distinctly more somber note, NYT put out this short film showing the real lives of three refugee children. While it’s a moving concept, and the stories of the individuals are moving in themselves, this video reveals one of the things that is somewhat problematic about 360 video: subtitles.

This is yet another public service announcement about climate change, only this time it’s narrated by Jared Leto and served up with some powerful imagery of the melting glaciers of Alaska that you can explore. You get to actually BE IN the ice caves inside glaciers, and look around.

The best part about it? You can see up close what’s being lost, and it does feel more powerful than other, similar PSAs. And, if you happen to be positioned in the right place at the right time (about ~0:36), you can catch a glimpse of a seal jumping out of the water.

What do we think?

This is a big evolution in video, not just another fad. The immersive viewing experience, coupled with increasingly widespread technology, represents a profound change in how we interact with video, transforming us from passive viewers into active “players” on the scene of the video. You get to choose where to look, instead of a director choosing that for you. You get the illusion, at least, of feeling like you’re in the midst of something, not just a bystander. This is a powerful way to experience a narrative, and the narratives that have come out of it seem to be reflecting that depth. Even, maybe especially, the baseball commercial.

Have any great ideas for how you’re going to use 360 video? We’d love to see what you come up with.

Do visuals really help to engage your audience and communicate more clearly? Join SproutVideo’s Hoda Emam and Visme’s CEO Payman Taei on Tuesday, October 19th at 11 AM EDT as they discuss powerful corporate communication tools and strategies to help you deliver dense content simply and efficiently.