360 Video and Virtual Reality: the Future, or the Next 3D TV? 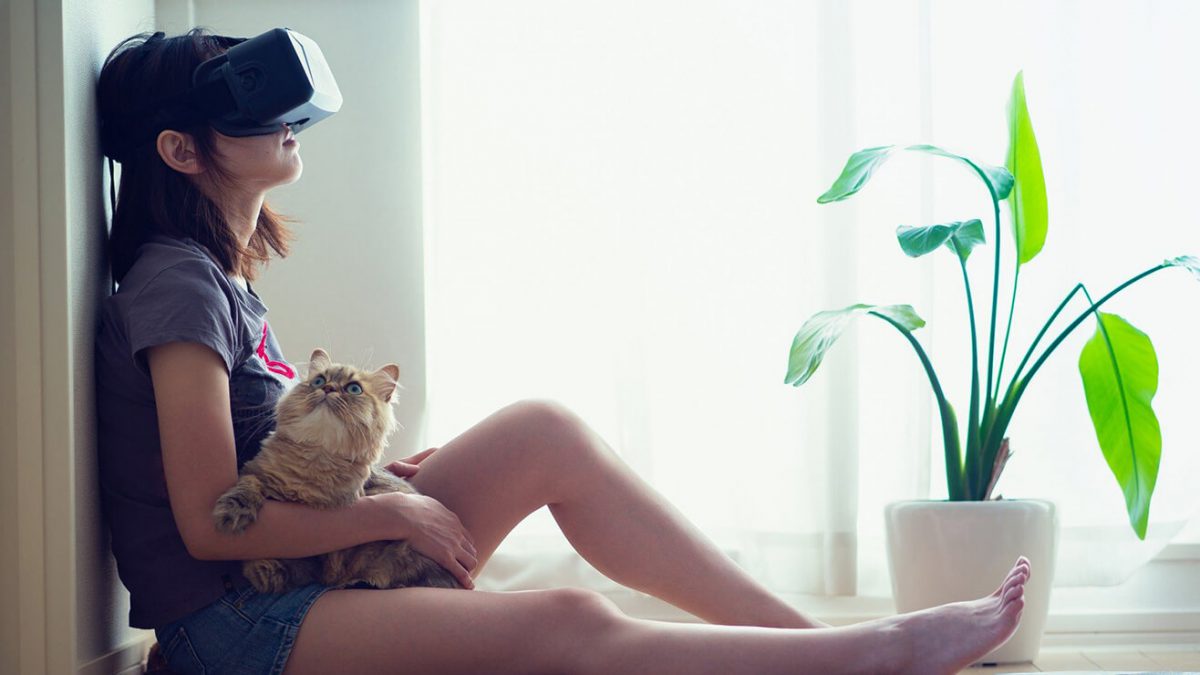 Remember when 3D TVs came out? Maybe you even bought one, or at least considered it. After all, Avatar was pretty cool in 3D, and helped propel the 3D experience for movies into the mainstream.

Since 3D TV began its steady and quick decline in about 2012 after quite a lot of public fanfare, it begs the question – what is so different about virtual reality and 360 video? Are those technologies heading for the same fate?

All it took was one epic James Cameron movie to cause a frenzy for 3D viewing. More than 15 years in the making, delayed in part by the need to develop requisite technology to make the film, Avatar was a visual masterpiece, and fundamentally changed expectations of the viewing experience in theaters. Showered with awards, it was also the first film to gross more than $2 billion, making it clear that 3D films were financially compelling as well.

Yet, 3D TV just never took off for household viewing, and for good reason. First, you’d have to spend a lot extra on a TV that supported the technology, then you’d have to ensure you have enough glasses for everyone present to wear, and finally, you’d have to find content worth watching in 3D – all of which combined to be too big of a hurdle for most consumers.

Recently, Samsung, one of the leaders in home theater technology and the biggest TV manufacturer in the world, stopped producing 3D TVs. Other manufacturers have severely limited the number of models that will support 3D technology. The handful of TVs that do are really expensive, pricing many consumers out of the 3D TV market, and leading many analysts to announce that 3D TV is either dying, or already dead.

There are many important differences between these technologies. Virtual reality, when done correctly, is truly immersive and allows for rich interactivity within the video, plunging you into the midst of the action as a self-directed participant.

360 video is only interactive in the sense that you can change your viewpoint. It’s not as high tech or as immersive as virtual reality.

3D video is not interactive, and isn’t dramatically different from regular video for viewers other than that it appears to be 3D instead of 2D.

Those important distinctions have significant ramifications for how stories are told through these different medium. Virtual reality is uniquely suited to video games where the viewer is not passive, but fully engaged and participating in the storyline. 360 video is ideal for allowing someone to explore a space and uncover elements of the plot for themselves, without becoming a protagonist. 3D video is best for your classic Hollywood storytelling format, just with some extra bells and whistles.

As far as similarities go, these technologies have quite a lot in common, and not all of it is good.

First of all, the cost is significantly higher to produce and consume virtual reality, 360 video, and 3D video compared to regular video. Whether it’s the crazy camera rig required to film it, the special software needed to stitch the footage together, or the strange-looking headsets you have to wear, it all adds up to more money for everyone involved in making and watching these types of video.

Although some brands have made big strides in recent months with 360 video, there is a dearth of quality content available for each of these formats. Until there is a large, unique, and compelling library available, consumers won’t make the switch from standard video, as we saw with 3D TV.

Partly related to the quality of the videos, the viewing mechanism, and the average person’s level of exposure to these technologies, many people experience motion-sickness when viewing these novel formats of video. Sure – graphic videos have been turning people’s stomachs for years, but not in the same way that virtual reality, 360 video, or 3D video can by disequilibrating viewers. Until you can be assured of a nausea-free experience, it might be hard to consider adopting any of these technologies as your regular viewing style.

A slightly more subtle, but still significant issue is that to view any of these technologies, you have to really commit to the experience. With each of these formats, special accessories, or a certain amount of space to move about in, are required for optimal experiences. So, if you’re walking down the street, you can’t just participate in a virtual reality experience, and if you forgot your glasses, you won’t be seeing that video in 3D.

It’s true that 360 video requires fewer accessories, especially when viewed on a desktop computer. However, if you’re viewing on a phone, you’re basically out of luck, and the headset experience is pretty wanting in terms of quality.

The accessibility of these technologies to potential viewers is a big hurdle that needs to be surmounted before any of them can become mainstream.

The same is true for 360 video. Even if someone is watching the same video, you might not choose to explore it from the same angles, so you won’t walk away with the same experience as anyone else.

This takes away the social aspect of watching a video or a movie, and puts these technologies squarely in the realm of things you might do by yourself when you’re bored rather than a fun activity to share with friends. By shifting where the viewing experience fits into our lives, the technology moves even more into niche territory.

Is There Hope for Virtual Reality and 360 Video?

Given that there are major obstacles to widespread adoption for virtual reality and 360 video, and a recent example of a similar technology essentially flopping for consumers, what are the chances that these technologies will succeed commercially?

At least for limited use-cases, there is definitely some hope. Virtual reality is a natural fit for video games, many of which look increasingly cinematic in terms of quality, and it could definitely become the new 3D cinema experience for movie-goers. That might help revive cinema culture (and profits), and would allow people who aren’t willing to invest in their own headsets to still experience virtual reality in a controlled environment.

360 video has fewer challenges because it hands control over the perspective to the viewer, but isn’t truly interactive. Given that the barriers to entry are substantially lower than for virtual reality, it’s more likely to become more accessible and ubiquitous in the near term than virtual reality. However, virtual reality has attracted a lot of enthusiastic attention from venture capital, tech giants, and startups alike, so it might catch up – and quickly too.

As video nerds, we’re excited to see how these technologies evolve – for better or worse.

Have you played around with any of these formats for video? What did you think? Tell us about your experience in the comments below.