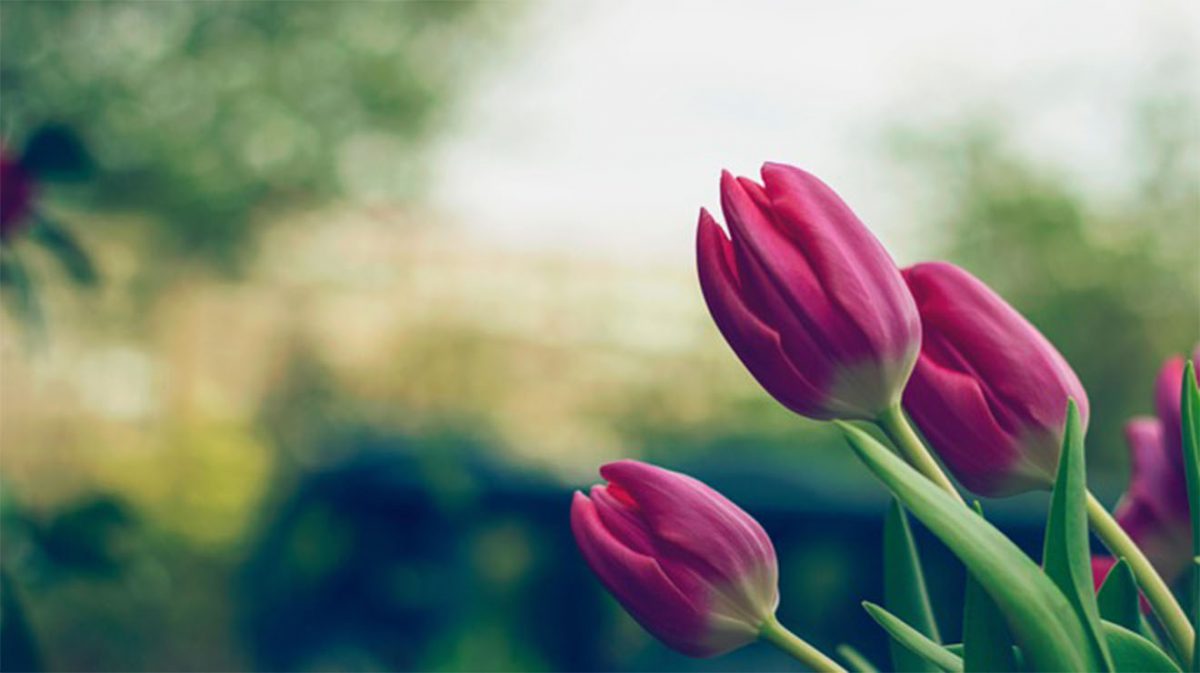 Maybe it’s the warmer weather, maybe it’s the first crocuses poking up through the ground, but all we want to do is head outside and get some fresh air. While we’re at it, we may as well grab some awesome footage of nature in rebirth.

Here are five classic filmmaking techniques you’ll need to capture nature in all her glory.

Much of nature’s beauty is really in the details. Whether the subject itself is small, or you just want to zero in on one aspect of it, a macro shot is the way to go.

Getting up close and personal with nature can certainly be challenging. Even if your subject is relatively harmless, it’s unlikely to stay still for long. Stay flexible, and be ready at a second’s notice to grab your shot.

If your subject is a critter of some kind, usually, the eyes are great focal point. Humans naturally seek eye contact, so this tends to be an engaging shot.

Another approach is to take a series of “sum of its parts” shots. Basically, you capture macro video of different parts of an animal, maybe its legs, scales, tail, etc. Then, by showing them in sequence, your viewers can piece it all together.

Even though you’ll be focusing very closely on just one aspect of your subject, you still need to pay attention to the composition of your shot. Your background might be very blurry, but contrasting colors or light can give your macro video a professional look.

How to Film Macro Video

Believe it or not, you can film macro video on just about any camera. The quality will not be quite the same on a phone as on a DSLR. However, you can still achieve reasonably good results. After all, the best camera you have is the one you’ve got!

No matter which camera you’re using, you’ll need a tripod and a light source for optimal results. The tripod will help prevent shakiness from ruining the shot. The light will allow you to properly illuminate your tiny subject at the depth of field required to film a macro video.

Filming Macro Video on a Phone

To capture macro video on a phone, you’ll need a macro lens adapter. The regular lens on a phone can’t focus at the short distances required to produce a macro shot, and the digital zoom introduces too much noise to the picture to get a clear shot.

There are plenty of affordable options for lens adapters out there. The right option depends largely on your budget, and how much macro video you intend to film.

For macro shots, DSLR cameras work really well, provided you use the right lens. This is an excellent guide to filming macro video with different DSLR cameras:

The depth of field, interchangeable lenses, and the quality of the image you can attain with a DSLR camera make them a smart choice for this type of filming.

Time lapse video is key for capturing changes over an extended period of time. Since nature moves at its own pace, time lapse video is required to speed up changes that would otherwise be too subtle to notice.

Generally speaking, time lapse video is created by filming a subject for a long time at a very low frame rate (one frame per second or per minute, etc). Usually, the camera is stationary for the duration of the shot, or makes only minor movements.

You can use the same filming technique with a camera in motion to get interesting and unique footage, called a hyperlapse.

Because you are filming for extended periods of time at a very low frame rate, there are important considerations when trying to create a time lapse video.

First of all, you’ll need a lot of battery power since you’ll be filming for a long time. Second, you’ll need a very steady tripod. Third, if you’re filming outside, be aware of changes in the weather for the duration of your shot.

Filming Time Lapse on a Phone

Since the release of iOS8, time lapse video has been available on iPhones. It’s as simple as selecting the time lapse setting in the native camera app.

The amount of time lapse footage you can create with the native camera is limited on iOS to 20-40 seconds. The camera will automatically select the frame rate, and reduce the footage down to a set amount of time.

If you’d like more control over the end result, specialized time lapse apps offer more options for the settings used for time lapse footage. For instance, you’ll want to download an app if you want to be able to set the photo interval, frame rate, and image resolution, among other settings.

With most DSLR cameras, you’re really taking photographs at set intervals, rather than filming a video. No audio is recorded with the images, so the camera will knit the images together into a silent film when recording is finished.

For the best result, it’s important to set the focus and the exposure manually so the camera settings won’t change over time. Since most DSLR cameras allow you to set up a time lapse shoot for hours at a time, they are a great choice for this type of shot.

For more tips, Nikon has a detailed guide to shooting time lapse video on a DSLR.

Some of the most amazing animals and insects only come out after the sun goes down. Figuring out how to capture them on camera can be quite the challenge.

Filming at night is not only challenging due to the lack of light. Nocturnal creatures tend to be shy, and very well-camouflaged. Bright lights and lots of noise will likely scare them away.

So, your best bet is to determine where you’re most likely to encounter your subject, and practice lots of patience. Camera traps, triggered by motion detectors, are a good option if you can’t stake out your subject.

Filming in the Dark on a Phone

There are apps for both iPhone and Android, but the results tend to be disappointing. A better option is to get a specialized accessory that enables your phone to capture infrared video instead.

Filming on Other Cameras

In previous sections, we specifically talked about how to use DSLRs, but the reality is that they are of little use without a source of light. There are ways to convert a DSLR camera into one capable of capturing infrared images, but it’s unlikely to be worth the hassle.

To capture footage after dark, the best tool for the job is a specialized infrared camera. Infrared cameras work by forming an image based on infrared radiation, which enables them to work in extreme low light settings.

Even better, most of the commercially available options are designed specifically for the great outdoors. These rugged cameras are waterproof with built-in motion sensors, making them perfectly suited for the job.

Sometimes, you need to really slow things down in order to get a better look. Slow motion is perfect for capturing animals flying, running, leaping, or hopping. Even water droplets become more dramatic in slow motion because this filming technique allows you to appreciate every single movement in precious detail.

Slow motion video is made possible by capturing footage at a really high frame rate, then playing the video at a much lower frame rate. For instance, filming at 120 frames per second, and playing the footage back at 30 fps will result in a video slowed down by a factor of 4.

Filming Slow Motion on a Phone

Just select the “slo-mo” option within the app before you hit record, and you’re good to go.

Filming Slow Motion on a DSLR

Not that long ago, cameras that could film slow motion were incredibly expensive. Now, most DSLRs can handle the job with ease.

Select a higher frame rate (usually 60p or 120p) and record your footage. Some cameras might have a slow motion setting to take the guesswork out of it.

When you’re editing the footage, you’ll want to use a timeline with a standard 24p or 30 fps setting. Then, when you drop the footage natively into your timeline, it will appear to slow it down by spreading the frames out over time. For example, one second of 60 fps footage will occupy two seconds on a 30 fps timeline, so it will playback 50% slower.

Normally, we would strictly advise against getting your expensive camera gear anywhere near a body of water. Still, some of the most amazing creatures can’t be found anywhere else.


To get a good shot underwater, make sure the water is clear, and pick a sunny day. Naturally, fish, turtles, and other charismatic sea creatures make wonderful subjects.

Depending on the body of water you’re in, you might be fighting currents when trying to get a smooth shot. Train your camera on your subject for slightly extended periods of time, and hold it close to your body to help keep it steady.

The same principles apply to filmmaking underwater just as they do on dry land. Frame your subjects in wide establishing shots, come in for a close up (if you can), and try other angles. A variety of shots will keep it interesting.

Sometimes, those are the sounds you’re going for. Often, you’ll want to consider adding another option in post production for audio, such as music, a narration, or both.

Filming Underwater with a Phone

Naturally, you’ll want to do careful research on the right case for your specific phone, backup your phone, and do a couple test runs first.

Although not for the faint of heart, it’s possible to take your DSLR camera underwater. In fact, one of the best solutions we’ve seen comes from Outex. Their cases are specifically designed to protect your gear underwater while still enabling you to easily manipulate the camera settings.

For an even more in-depth guide, Untamed Science has you covered on all the ins and outs of filming underwater.

Do you have any filmmaking techniques to add to our list? Please share them in the comments below!