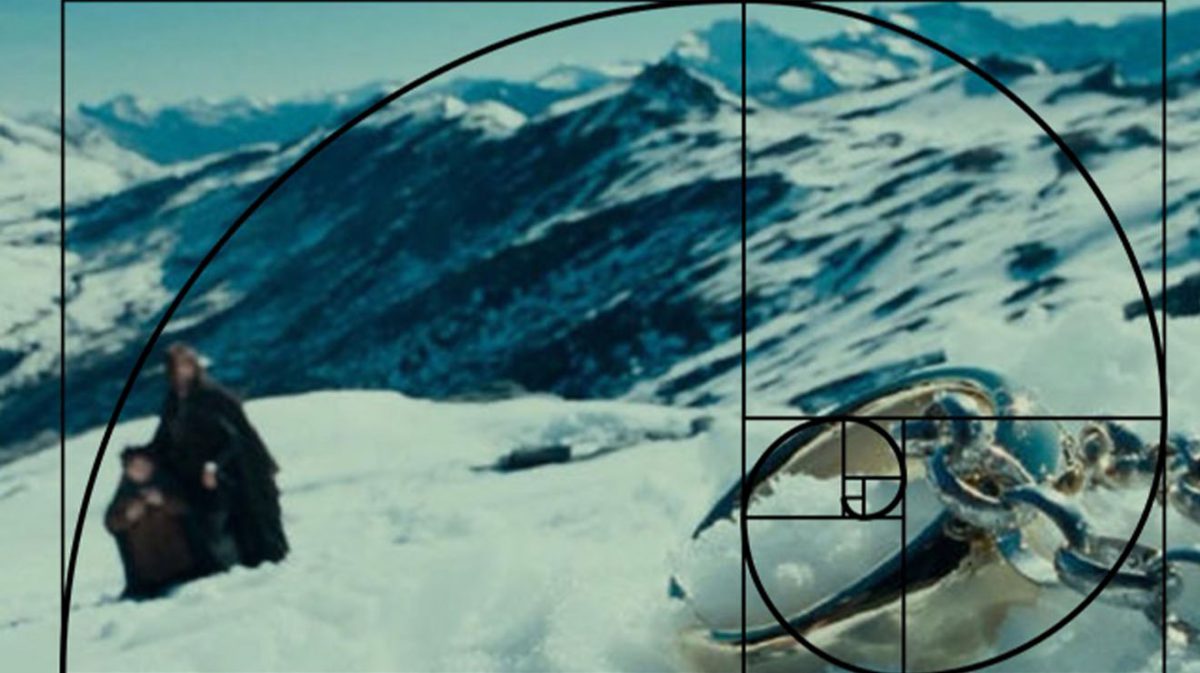 Ever watch a movie that just gets your heart pounding, whether from suspense, action, or a scare? Getting a strong emotional reaction out of viewers drives engagement, sharing, and brand recall, making it an important factor in the success of your videos.

The way you frame your shots has a lot to do with their impact on viewers. Here’s how to get it right every time, using math as your secret weapon.

The Golden Ratio and Framing

A great shot that really “wows” you feels more like art than anything else. However, there is actually a mathematical basis for what makes a scene visually appealing on screen.

According to Wikipedia, the Golden Ratio refers to mathematical quantities where “their ratio is the same as the ratio of their sum to the larger of the two quantities.” In writing, it’s not clear how that complex statement about the mathematical relationship between two numbers would apply to visuals.

In practice, the impact is clear. It’s actually not that complex as these images from Wikipedia show:

The above example is referred to as the Golden Rectangle. Imagine any interview you’ve seen with a subject up close. Their nose probably would align nicely with the line separating the two shapes. You might have instinctively aligned the subject of a shot in such a way without even realizing it.

The Golden Rectangle is derived from the Golden Ratio, which can be visualized as a Fibonacci Spiral:

At first glance, you might not have realized that. But, you might have thought (like we did), “Wow, what a great shot.” This method of arranging a scene is innately pleasing to the eye.

Famous artists, like Salvador Dali, have used the Golden Ratio to influence the layout of their works of art for centuries. Let’s delve into ways you can leverage it in your videos today.

Make sure you don’t get tripped up by common factors that can ruin an otherwise great shot:

Next, consider the information and emotion you’d like to impart to viewers. Different types of shots are better suited for different situations.

Wide angles that show the entirety of a place, person, or object help to orient viewers. Think of it as a way to invite viewers into the premise of your video. Stock footage, aerial footage, and montages are all great options here.

Use a full frame shot that shows your subject from head to toe when first introducing them. If you picture the beginning of many news shows, they often start with a quick glimpse of the anchors from a side angle or standing up, rather than just a shot of them seated at their desks.

This type of shot is also known as an establishing shot. Showing the subject interacting with their environment, or just going about their day, lets viewers rapidly infer information about them that would otherwise be hard to portray in a script.

Once you are embarking on the arc of your storyline, narrowing the shot in on your subjects will impart more significance to your viewers. Shots showing subjects from the waist up are great for capturing key dialogue, while continuing the work of character-building.

Varying the angle of the shot, and mixing up the exact distance of the subjects from the camera, will help prevent this from feeling monotonous. You can even use this as an opportunity to establish subtle patterns and pacing throughout your video.

When a scene is particularly charged with emotion, zooming in on the characters’ faces allows audiences to feel more intimately connected to the scene. With the emphasis on the facial expressions of the actors, the greatest emotional impact will be conferred upon your viewers.

Extreme close-ups, such as zooming in on one particular body part or facial feature, can up the ante even further. Make sure your subjects are camera-ready if you go this route, and use it sparingly to ensure your audience doesn’t lose the context for the scene.

For further inspiration from one of film history’s greats, read this article about replicating famous angles popularized by Hitchcock himself.

It probably isn’t realistic for you to memorize the Golden Ratio (1.618) and apply it in practice to each and every frame of your video. It’s also probably impractical to visualize a complex spiral over a scene.

Training your eye gradually over time is a much more realistic approach to improving your shots.

Start by trying to stick to the Rule of Thirds. It’s essentially a simpler version of the Golden Ratio, because it divides the screen into nine equally sized sections. All you need to do is picture equally spaced lines, dividing the screen into thirds vertically and horizontally, and align key elements of your shot accordingly.

The Rule of Thirds is only marginally different from the Fibonacci Spiral or Golden Rectangle. Over time, you’ll get better at visualizing all three in different contexts as you see results from using the Rule of Thirds.

Importantly, with video, it doesn’t have to be precise. It’s hardly the end of the world if the ratio between the elements in your scene is not exactly 1.618. The closer you can get, the more pleasing the visuals will be to the eye.

What’s your favorite scene in a movie? Do you think the Golden Ratio might apply to it? Are you suddenly seeing spirals everywhere? Let us know in the comments or share it with us on Twitter!