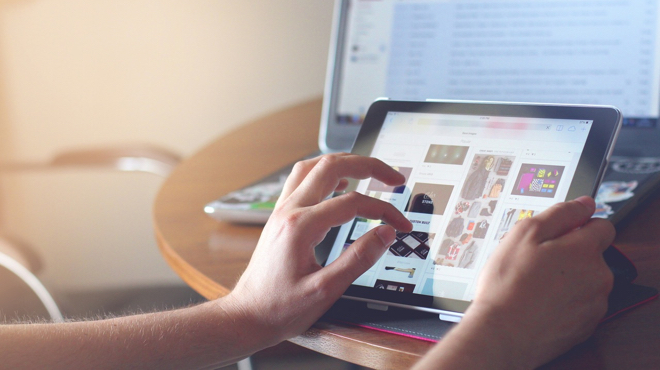 The landscape of social media is highly nebulous, and the only constant is change – really rapid, pull-the-rug-out-from-under-you change. One of the areas that has seen the greatest amount of transformation is the way video is discovered and shared on nearly all major social platforms. Today, we are taking stock of where we stand in 2016, complete with a demographic breakdown of the audiences on each platform, to summarize the state of social video.

In what is now clearly a self-fulfilling prophecy, Mark Zuckerberg declared back in 2014 that the majority of the content on Facebook would be video. Facebook is exploding in terms of popularity as a video destination, with more than 8 billion daily video views on its platform.

This is largely thanks to major upgrades recently made to the Facebook viewing experience, with an emphasis on enticing viewers to keep watching, as well as heavy investments in the technology powering it. These investments have also increasingly made Facebook the place for interactive video, such as 360 degree video and virtual reality. With the introduction of new metrics for businesses, tools for creating videos suited specifically to Facebook, and even hardware, Facebook’s position as a leader in video discovery and technology is being cemented before our very eyes.

Another important factor is that Facebook has sustained an incredibly large and engaged user base for several years now. Research from the Pew Institute reveals that 72% of American adults are on Facebook, with a majority logging in every day or several times a day. The demographics skew slightly young, with nearly 30% falling in the 25 – 34 years old range, and almost evenly split between men and women.

To position your videos for success on Facebook, consider uploading them natively, create subtitles to allow your message to get across if it’s played in silence, and target a specific niche with your content. To help encourage sharing, use emotional hooks to engage your viewers, and try to get a strong reaction. Also, test paid promotions of your videos to see if it gives you the boost you need.

Compared to Facebook, Pinterest, Instagram, Linkedin and Twitter have much smaller user bases in the US, and around the world, although growth rates have accelerated on nearly all platforms since 2012. The rate of adoption is similar; it ranges from about 24% to 30% of all American adults on each of these platforms. 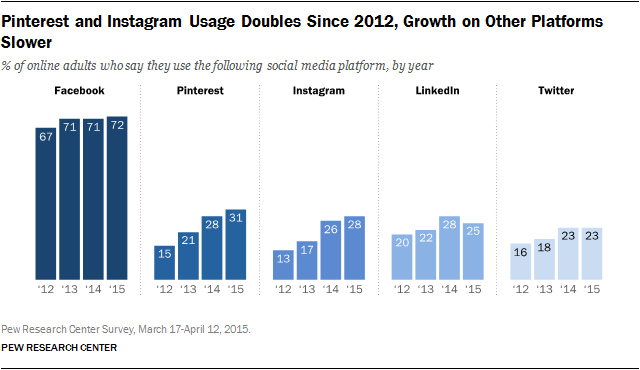 It’s important to note that while adoption rates are similar across these platforms, the audience and content strategy vary quite a bit. Here’s a breakdown of how to approach each of these platforms.

Sharing videos as pins does happen on Pinterest, but most people’s feeds and boards remain dominated by still images. One look at how video appears on Pinterest tells you why that’s the case – it appears that little has been done to encourage viewers who start watching videos to keep doing so. Yes, related videos are displayed along with related images below the video, but there isn’t an easy way to advance to another video, and the mix of content types detracts from the viewing experience in a way that’s not true for still images.

That isn’t to say it won’t work – there are anecdotes of Pinterest driving lots of video views out there. Position your content around highly informative how-tos, lifehacks, fashion trends, recipes, workouts, or anything to do with babies or pets, and you might just see some success.

It will be worth keeping an eye on how Pinterest changes the way video is discovered and shared on its platform, especially as they explore video ad opportunities. For now, it’s not a top choice for video marketing.

After Facebook’s acquisition of Instagram, you shouldn’t be surprised that video is also taking off on this platform. Although its user base isn’t as substantial as Facebook’s, Instagram has a lot to offer video marketers, especially those looking to drive organic engagement with video. Since Instagram hasn’t been optimized to drive people to paid or most popular content to the same extent as Facebook, you can reach a lot of people with an entertaining, informative, or emotional message just using hashtags.

Instagram has a particularly visual focus, and it’s important to share only great-looking content if you choose to leverage this platform for your business. Recently, Instagram rolled out one minute videos to everyone on their platform, taking a big step forward into longer form content, and creating new opportunities for more involved storytelling.

If you’re willing to pay for a video ad on Instagram, you have up to two minutes to get your message across. The longer time isn’t the only benefit: ads are the only way to include an outbound link in your post. If your goal is to drive traffic with your Instagram video, instead of just brand awareness, promoted video posts are the way to go on Instagram.

Demographics: More than 300 million users, and counting, are sharing up to 60 million posts a day on Instagram. The platform is nearly evenly split between male and female users, with slightly more women than men. Instagram is notably more popular amongst younger demographics, with 53% of 18-29 year olds, 25% of 30-49 year olds, 11% of 50-64 year olds, and only 6% of those 65+ on the platform.

LinkedIn is similar to Pinterest in the sense that it has a lot of potential to be really great for video marketing, but still has a long way to go before that will come to fruition. To their credit, they have made some big strides recently, such as introducing autoplaying video in the timeline. They also completely refreshed their mobile app, and introduced a more modern, streamlined user interface, which will only encourage more video viewing for users on phones.

Importantly, LinkedIn doesn’t support native video, meaning you can’t use their app to record a video, or upload a video directly to their platform. Since you can only share links to your videos, you need to ensure the page containing your video is properly setup with the correct metadata so that LinkedIn will pull the correct information about the video when generating your post.

Demographics: Their recent updates to video in the newsfeed, along with their mature and relatively affluent user base, make them an excellent choice for many video marketers, especially for B2B companies. Evenly split between men and women, LinkedIn’s 347 million-strong user base is also more evenly distributed by age. Roughly 30% of people ages 30-64 use the platform, while 23% of those 18-29 and 21% of adults over 65 use LinkedIn.

Twitter is a great home for video, with easy support for native video, autoplaying videos in the timeline, great promotional options, and decent organic reach through hashtags. It’s really just a crying shame about that stagnant user growth.

It’s hard to say whether some of the changes they are making to how tweets are displayed will work in your favor in the long run. For instance, the While You Were Away feature, which surfaces tweets similar to those you’ve engaged with in the past, seems like it could be a good thing. However, all the tinkering that’s happening could alienate their core users, and without any meaningful new user growth, that could make Twitter less attractive down the road.

If you include Twitter in your marketing mix, share your video two or three times throughout the day using different copy and hashtags to see what might resonate with your audience. Buffer, a subject-matter expert, seems to think this is a good idea. Consider uploading your video natively since there is evidence to suggest that, like Facebook, native video drives more engagement on Twitter than links to external pages containing video. Currently, native video is limited to 30 seconds, so be sure to make the most of it!

Are any of these platforms working particularly well, or maybe not so well, for your campaigns? We’d love to hear from you in the comments!

Note: We purposefully did not include messaging apps in this analysis, since they have specific nuances that deserve their own analysis. Look for that in a future post!

All demographic information is from Pew Research Institute’s Report on Mobile Messaging and Social Media 2015.