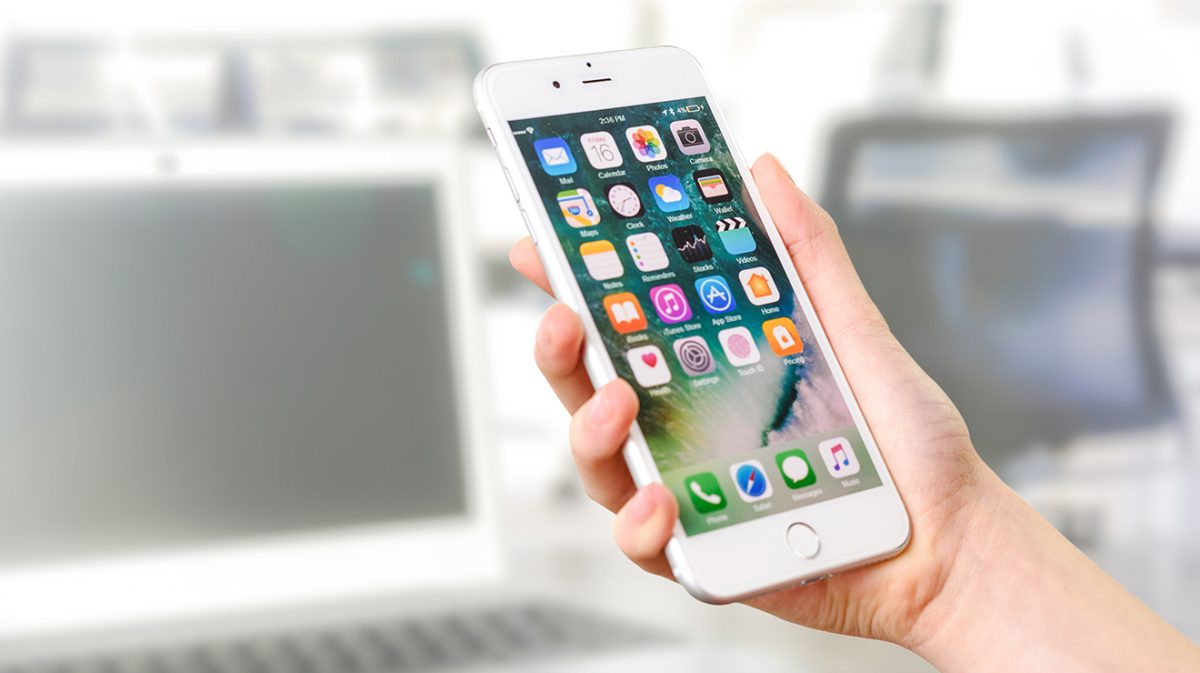 Ideally, you have your kit with you whenever you need to shoot video for your company. Realistically, this isn’t always possible.

What you probably always have, however, is your iPhone. Sure, it can do in a pinch for a quick video. However, the basic camera is pretty limited. That’s where these apps come in!

Each app that made our list makes your on-the-fly video production life a little easier. They allow you to be creative when the time calls for it, and to quickly share an important moment in an impactful way.

If you’re an Android user, we didn’t forget about you! Check out our Android Edition of 6 under 5.

What People Are Saying: “Forget the iPhone camera app. This is the way to go. Think of Hipstamatic for video.” — Sarkmachine

Why It’s Cool: This inexpensive and extremely easy-to-use app produces a unique, professional look to your videos. In fact, Swedish Director Malik Bendjelloul relied on 8mm when he ran out of money to finish shooting and processing his film, “Searching for Sugarman” which in and of itself is pretty impressive. Did we mention this film also won the 2013 Academy Award for Best Documentary Feature?

Compatible With: iPhone, iPad, and iPod touch. iOS 8.0 or later

2. iMovie (for Your iPhone or iPad)

What People Are Saying: “I love this app. It’s easy to edit my videos.” — Woxallex

Why It’s Cool: Convenience and organization are the name of the game here. Much like the desktop version of the app, the mobile version of iMovie lets you edit your videos and add music and transitions to your videos. Doing this on the fly is key for those of you who regularly film your videos remotely. For those of you who usually film in the same location, consider mixing up your online video offerings (your audience will appreciate it) and know you’re in good hands with this app. It is worth noting that many reviewers, like the one we quoted above, have asked for more editing abilities. Still, we say this app makes a videographers’ life easier so it’s worth the price tag.

What People Are Saying: “Directr is so easy and lots of fun. Can become addictive. You find yourself wanting to make new shorts every day.” — AnjaliSingh

Why It’s Cool: We think even the most expert video maker can appreciate an app that makes their job easier. Touted as the video app for anyone, it takes the headache of editing out of the equation. It’s especially useful for new videographers. Not to be left out, expert filmmakers will find this app especially handy when time is especially short. Tack on the fact that it’s free and, well, it’s hard to argue that it shouldn’t be in your video on-the-go arsenal.

Compatible With: Requires iOS 7.0 or later. Compatible with iPhone, iPad, and iPod touch.

What People Are Saying: “For the price and what it does, there is absolutely no reason not to give it less than 5 stars. Amazing applications … People can’t believe the footage I get with an iOS device.” — Leonabi76

Why It’s Cool: This app, with its nice, clean user interface and straightforward manual controls, does an excellent job of keeping the professional video maker in mind. It gives the shooter much more manual control than many of the apps out there by allowing you to choose the optimal settings for your video. You can also choose from four different resolutions and corresponding bitrates. It even offers features such as a customizable slate and color bars, helping you maintain professional quality at every step of the process.

Compatible With: Requires iOS 10.0 or later. Compatible with iPhone, iPad, and iPod touch.

What People Are Saying: “This is light-years ahead of anything else you can find on the app store. Multiple tracks for layering effects & titles, unlimited title layers and insert/overwrite professional style editing are some of my favorite features but I was most surprised to find that editing, titling and effects are easier, quicker and more fun than on my Final Cut Pro desktop editor. And it’s a fraction of what FCP cost.”

Why It’s Cool: LumaFusion is at the bleeding edge of what’s possible on a phone in terms of video editing. Offering multi-track editing, this app is billed as the closest you can get to a desktop video editing experience while on a mobile device. For some, it even might replace much more expensive desktop editing programs.

Compatible With: Requires iOS 10.0 or later. Compatible with iPhone, iPad, and iPod touch.

What People Are Saying: “This is honestly the best mobile video editor out there, BETTER than iMovie. It’s extremely easy to use and it has a variety of cool song selections. I never write reviews but honestly I was so happy.”

Why It’s Cool: The Splice app is specifically designed to work with GoPro cameras. The emphasis is on quick and simple ways to produce great-looking videos. That means a lot of the process is automated. For instance, your video clips will automatically sync to the beat of a music track, and the app has powerful built-in sharing tools. As an editor, it’s no slouch. You can speed up or slow down your footage, add effects, transitions, record voiceovers, and more.

Compatible With: Requires iOS 9.0 or later. Compatible with iPhone, iPad, and iPod touch.

We know there are plenty more inexpensive apps for videographers out there – which is your favorite? Share with us in the comments below.