Continental Drift: Video Trends from Around the World 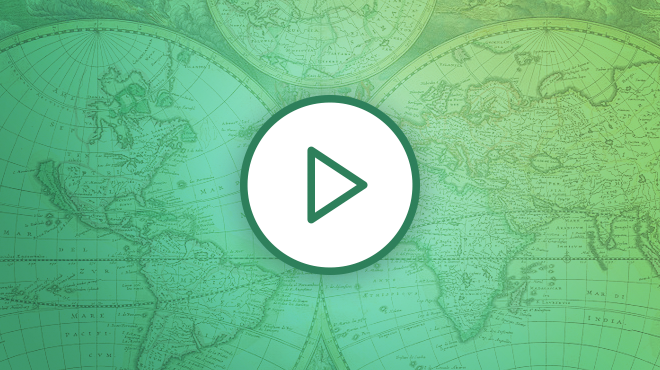 After a rapid rise that began about a decade ago, video is now the predominant way of sharing information online. According to Cisco, video accounts for roughly 60% of total web traffic across the globe, and is expected to grow to 80% to 90% of total traffic by 2019. In the business and enterprise segment, the adoption of video is expected to double between 2014 and 2019.

Those numbers are certainly impressive. But, what does all this growth mean for video? Where is it going? In this post, we take a global perspective on the evolution of online video. We highlight key trends and video leaders on every continent!

In the US, video content providers are increasingly devoted to the power of video metadata. Metadata refers to HTML tags that provide information about page structure to search engine results. It allows bots to index pages, and consequently impacts consumer search result. When configure correctly, metadata can be used to attract more viewers through highly personalized search results.

In South America, social TV has become a part of everyday life. People watch television via mobile devices. Then, they engage in simultaneous online conversations via social media, directly related to the shows.

As a result, social TV campaigns are on the rise. Brands that are making a splash in South America right now include Estée Lauder Mexico, Mercedes-Benz Mexico, and Telefonica.

Broadcast television is still the most-used video platform in Asia, although video on demand is growing. In addition, YouTube is increasingly being thought of as a TV “channel” in many Asian countries. Watching video content online is a fairly common pastime.

Video penetration is highest in Vietnam, where laptops and PCs are still the device of choice for accessing online video content. Brands leading the way in online video in Asia include Lego, Warner Music, and Disney Japan.

Much like the US, Europeans are focused on producing mobile video content. The UK is leading the pack with total content available, followed up by Germany and France.

Integrating e-commerce solutions into online video is another major growth area in Europe, with online sales forecast to grow by 18.4% across Europe over the next year. Strong European online video brands include Apple, Google, and Coca-Cola Great Britain.

In Africa, video data use is expected to increase by about 55% by the end of 2019. Video on demand is a growing area, but interestingly, growth is led by small companies.

The growth of video in the African market has been predicted to be faster than in any other region. Many people on the continent are connecting to the internet for the first time via mobile devices. This changes the nature of adoption, and favors video.

In Australia, about 50% of the population watches online video. YouTube is especially popular with younger audiences. Subscription services are growing in popularity, too. Like in South America, there is a distinct relationship between television and social media, making TV and online video watching a more active experience. However, internet connections are still relatively slow and expensive, which presents a barrier to streaming video.

Brand leaders for online video in Australia include Google, eBay and Microsoft.