OK GO – Why We Just Can’t Stop Watching Their Videos 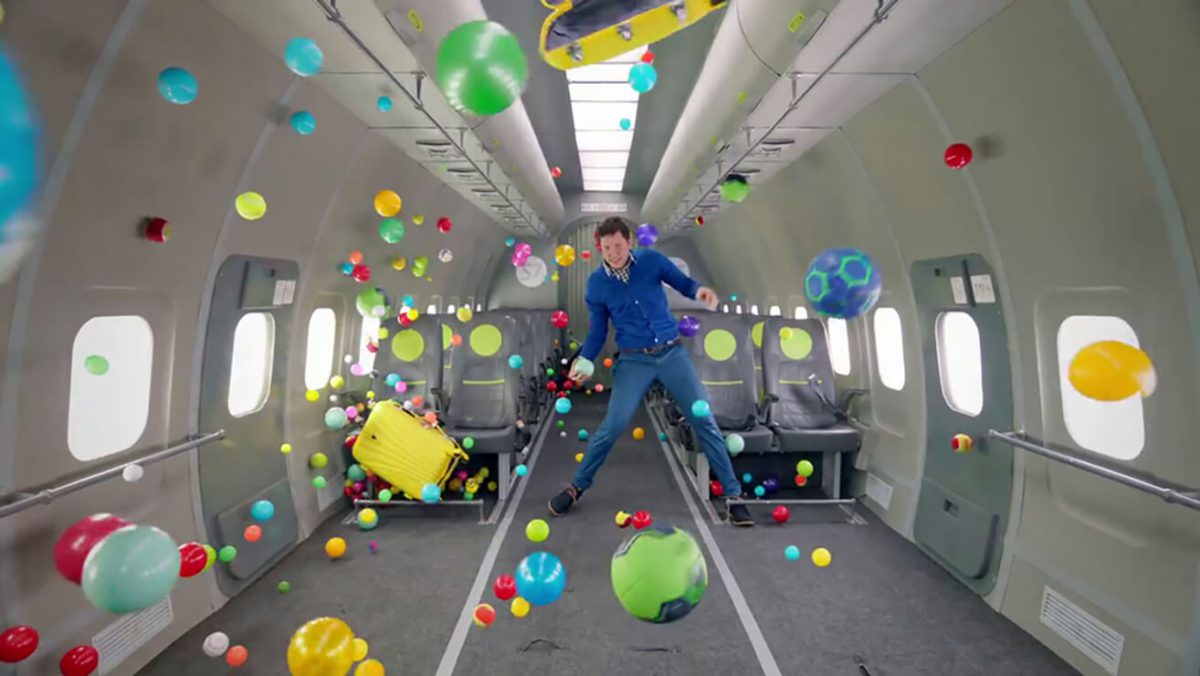 Occasionally, a video comes along that knocks everyone’s socks off. Whether it’s because it’s brilliantly planned, brilliantly executed, capitalizes on a fabulously unlikely moment, gets a lucky shot—some videos just grab you. It’s that magic formula that everyone who makes video is dying to figure out.

So what about when that amazing thing happens not once, not twice, but four or five times to the same group of talented and creative video artists? That’s when it’s time to pay attention and take notes.

Ok Go is one of those fantastic musical acts whose videos are at least as famous as they are, for precisely this reason: they’ve figured out a magic formula. People just can’t stop watching these videos; the four I’m going to discuss in a moment have a combined total of over 70 million views… and counting. Here’s the Sproutvideo take on what Ok Go is doing incredibly, absolutely right.

This is the video that essentially made Ok Go a band to know. The combination of awesome choreography and treadmills—with a fairly low-budget look—seemed to tap into a cultural feeling that this is the home video you never made as a teenager but probably should have. One thread that runs through all of these videos is, in fact, the painstaking choreography, and the fact that it’s normal people doing something awesome.

Quirky touches made this video go viral back in 2009, including the single-take, continuous shot that Ok Go would become famous for, the business-casual outfits, the treadmills, and the taped-up silver backdrop. This video launched Ok Go globally as a troupe of funny, slightly geeky guys having a good time, answering the simple question “What would be fun to make?” with a video that’s also fun to watch.

You can see a lot of the same elements popping up in this video: great choreography and one continuous shot, along with the introduction of a running color theme, and what might be referred to as “speed play,” where the playback speed is increased and decreased at various points to create a dynamic sense of movement throughout.

Again, the point isn’t perfection—this isn’t Beyonce—but rather just, What would be fun(ny)? Even though the video sells itself as low-budget, the truth is a lot of work and time had to go into producing something like this—and once again, it totally works. Bold move this time: the video travels in the single shot from the sidewalk to a park, where the real shenanigans start. Hold onto your hoodies, people.

This video cemented the single-shot as Ok Go’s signature style, as well as a general sense of, ehm, let’s call it “whimsy.” Choreography absolutely wins the game this time, with much more intricate and elaborate scenes than before.

Bold moves: using a drone to capture the single shot that comprises the entire video; taking the primary-colors theme to the next level with, at one point, a view of ten bright red umbrellas from 50 yards up; more speed play, creating a sort of zippy, Dr. Seuss feel to the pace of the action; and, oh yeah, an interactive version of the video, in case you weren’t already having enough fun.

The latest video causing a stir from Ok Go is this one, filmed entirely in zero-gravity as one continuous shot. Yes, that’s right. Obviously the budget’s gone up from the treadmill video, but interestingly, they still have a LOT in common. The most notable theme running throughout is perhaps the continuing sense of just doing something fun—the thing that these videos never fail at.

So what can we take away from all this?

First of all, the videos are amazingly well-branded without ever showing a logo or mentioning a name. Elements like primary colors, the long shot, and on and on, are meticulously threaded through the videos to create what amounts to a great brand story that we just want to keep tuning in to.

Second, they’re fun! Nothing is worse than watching a miserable or anxious person try to seem natural on camera. It’s so much easier, and so much easier to watch, when the process itself is designed to be enjoyable. Hint: think of ways you can make filming more of a game than a chore.

Finally, we get a lot of great contrasts in these videos. Business suits and totally serious expressions combined with silly choreography, bright primary colors contrasting with black and white, or placed against gray urban settings. Ok Go videos are a visual carnival of sorts, sometimes in unexpected ways.

The examples we shared here are just a few of the best-known Ok Go videos – feel free to watch all there is to see on their YouTube channel. Be sure to let us know your favorite in the comments below!