Usually, online video is cast in a very positive light for business, and many analysts tout its marketing benefits and explosive growth trajectory on a regular basis. Sometimes, however, online video can turn on you, disrupting your business model and upending your revenue streams. For example, take the WWE – a hugely popular wrestling entertainment network. They have merchandise, video games, and a globally recognizable brand. Up until recently, they also did very well on broadcast TV, but online video has proven to be a game-changer. Here is a breakdown of where they went wrong, what it cost them, and how you can avoid making the same mistakes. 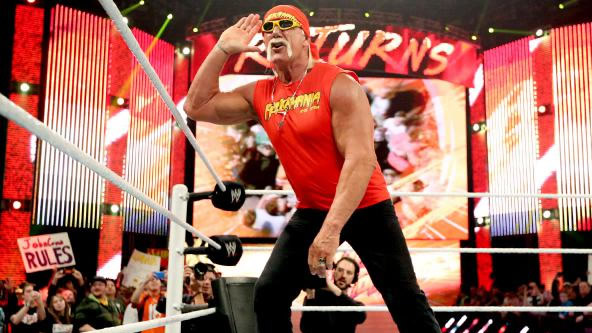 WWE is a massive global brand. They have been associated with some of the biggest mainstream wrestling stars, including Hulk Hogan, an outsize personality and household name. Broadcast TV has been the pillar of their business model, with their weekly shows attracting 15 million viewers on average in the most recent fiscal quarter. Their flagship program, “Monday Night Raw” is “the longest-running weekly episodic program in the U.S. with more than 1000 original episodes and 20 years of action,” a tenure rivaled only by The Simpsons and a couple soap operas. Basically, this has been a highly successful entertainment business, with strong historical revenue growth and a devoted fan base.

Their one major misstep? Being late to the game with online video. Although they reportedly began looking into it about three years ago, WWE just launched their online streaming hub, WWE Network on February 24, 2014. The initial response has been strong from fans, with nearly 670,000 sign-ups in the first six weeks alone. However, the launch has hurt their relationships with major TV networks, representing a significant proportion of their revenue streams, largely because their new WWE Network is substantially cannibalizing their existing pay-per-view business.

By WWE’s own estimates, they will not be able to make up their lost revenue from broadcast programs until 2015 – and that depends on a variety of factors. Investors have reacted somewhat predictably, and their shares have dropped more than 40% since they announced some suboptimal deals with cable networks related to the launch of their online streaming service.

More than that, according to the New York Times, around 34% of Millenials are not watching any broadcast TV at all these days. 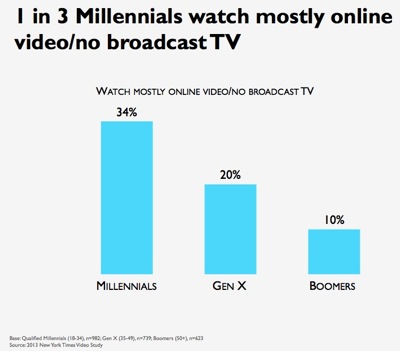 That percentage is only going to increase over time with the (only recently documented) trend of cord-cutting and the increasing number of quality shows being produced by online-only companies. Orange is the New Black and House of Cards have firmly driven that point home. The key takeaway here is that WWE did not just miss out on revenue and anger some key business partners, they also missed a chance to reach a substantial portion of their future fan base.

What Should You Do?

Look at your business model from production to delivery of your goods or services, and try to imagine where online video could potentially be disruptive (hint: nearly everywhere). Unless you are a global entertainment brand, the impact of online video on your specific niche may not be as dramatic as our case study, but you might be losing a competitive edge by missing out on some of the internal efficiencies and marketing benefits that video can confer when used correctly.

More than that, look 2-3 years down the road. The trend towards online video was already well-established when WWE began thinking about it, and now that it is big enough to cannibalize broadcast TV subscriptions, WWE is having an understandably hard time managing the transition. The key is to try and get ahead of the next big trend in online video for your industry, and to get started on it today – not three years from now.

How do you think online video will impact your business? Did we leave out any key aspects of this cautionary tale? Please let us know in the comments below, or share with us on Twitter.