Pro Perspectives: “Movies are Made in Prep” with Jendra Jarnagin 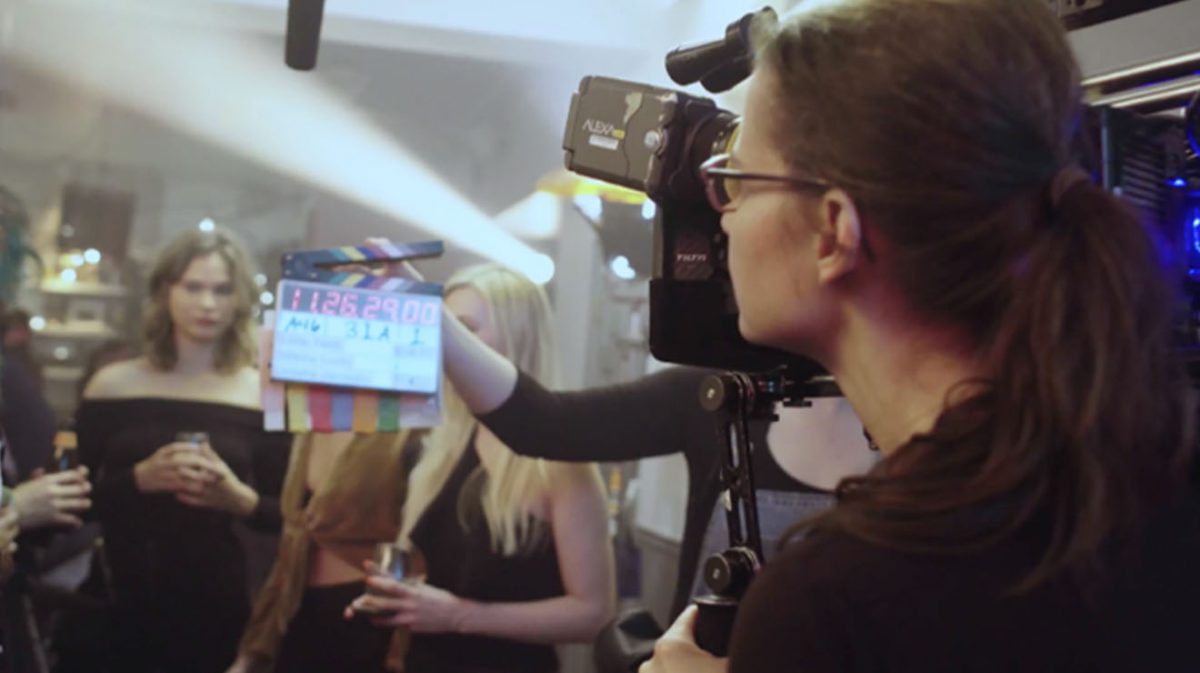 In this episode of our Pro Perspectives series, we catch up with veteran cinematographer Jendra Jarnagin on a bustling set. As Director of Photography of this film, she’s right in the thick of it.

The set appears chaotic, with cast, crew, and equipment in a near constant state of motion. To the untrained eye, it can be hard to see how anything ever gets done. As Jendra explains, it’s really organized chaos. In this post, she walks us through the magic of making movies in prep, with tips for every step of the way.

Setting Up For Success

In this video, Jendra walks us through her philosophy for properly preparing for shoots. When it comes to prep, she believes more is truly more.

A Director of Photography’s role is pivotal on set. They are responsible all things camera and lighting. They hire the camera assistants, digital and lighting technicians, choose the equipment, and manage the workflow of the team on that entire side of the film set.

Jendra’s fascination with video started early in life. In high school, she created her own “independent study” video program and was accepted “early-decision” at NYU. Over the next several years, she mastered the technical fundamentals of shooting (not to mention the dynamics of working on a film crew) by working as an electrician and gaffer and going through what she refers to as her “camera geek” phase on various film sets throughout NYC including Sex & the City, Law & Order, The Sopranos, Vanilla Sky, and Analyze That. She’s since traveled to over 25 countries for work and play including Papua New Guinea, Tanzania, Egypt, China, Cambodia, Thailand, Haiti, New Zealand, Turkey, UAE, South Africa, and Peru.

Most recently, she was chosen by Canon to shoot and direct the debut demo film for the 5D Mark iv Camera, that was shown at the Whitney Museum. For this piece, called Live Your Light, she was chosen for SHOOT Magazine’s New Director’s Showcase at the DGA theater, and the film won best experimental film at the Coney Island and Culver City Film Festivals, and the Audience Award for Experimental for the Brooklyn Film Festival.

Speaking of light, Jendra’s experience shines through. She has the kind of calm presence you really want on your team for any major undertaking. You immediately get the impression she doesn’t easily lose her cool. She’s worked on projects ranging from music videos to full length feature films. Whether she’s part of a small crew or a huge team, the core of her job is to make sure they get the shots they need.

We caught up with Jendra during principal photography on location for an upcoming independent film. We arrived at the location – a downtown-Manhattan bar/restaurant– to find the street lined with production trucks for food and equipment. Staff were scrambling up and down the block speaking into radios and, as we made our way inside, Jendra was in the middle of the chaos, giving orders to crew who were snaking their way through the tangle of actors and extras.

It didn’t take long to realize what looked like chaos, was all orchestrated synchronicity.

“I’m a firm believer that movies are made in prep.” For a seemingly simple statement, there is a lot to unpack there.

It’s true that some videos don’t require much preparation. Sometimes a spontaneous, unscripted approach is warranted. However, we’re willing to bet that nine times out of ten, you’re more likely to wish you’d done more prep rather than the other way around.

Drawing on her wealth of experience, Jendra takes us through the different stages of prepping for a video shoot.

Start with the Script

Although we are big fans of properly scripting nearly any project, it’s true that’s not always necessary. Scripts can take a variety of forms, from detailed literary works of art, to simple descriptions of the action unfolding on the scene. The right script for your project depends entirely on what you are looking to achieve, and the nature of the video at hand.

Having some sort of script enables you to pull your team together, and get everyone on the same page. At a minimum, it should be clear what is happening, and when. That will enable you and your team to plan out the more elaborate parts of the shoot.

After reviewing the script in detail, Jendra explains the importance of the scouting the location with the director. This step in the process is a walk-through to assess the space available, and discuss the scenes that will be unfolding.

The shot list is built based on the discussion with the director. It encapsulates all key scenes of your video, and often includes visual aids to help bring the vision to life.

By building a detailed shot list, you’ll enable your team to adequately prepare your equipment and setup on the day of the shoot. It’s key to include important information like the camera angle or movement, lighting required, and audio that needs to be captured.

It also might be worth starring the shots you absolutely can’t do without. After all, not every single shot will make it into the final. By ensuring you have a short list of the make-or-break shots, you’ll be guaranteed to get what you need at the end of the day.

Once you have clarified the director’s vision and assembled your shot list, you’ll do another walk-through of the space. This time, you’ll likely be joined by more members of the team, such as the Assistant Director, Location Manager, Key Grip, Gaffer, Set Dressers, and Prop Team. It’s also entirely possible you’re working with a team of far fewer people, but the goal of this walk-through remains the same.

The idea is to communicate the director’s vision, and to work through the shot list so other members of your team can help make it a reality. After all, each has an important role to play in bringing the shoot to life.

Every film shoot requires some equipment. At a minimum, you’ll need a way of recording audio, lighting the set, and recording the video.

Based on your walk-throughs with the director and the rest of the team, you should have a good idea of what’s needed for the shoot. Depending on your role, you’ll have to either rent, purchase, or source the equipment.

One simple step to take to ensure your equipment is handled correctly is to make an inventory. Make a list of all items that have to go back to each rental company, or back to your office, or returned to your friends. Bring stickers to label items if needed.

At the end of the day, you’ll be glad you have a checklist to work through to make sure it all goes back to the right place.

Start with things you have no control over. When can you access the space for the shoot? Do the elevators only run during certain hours? When does the sun set?

Then, work through the stages of the day. You’ll have gear to unload, set up, break down, and pack up. In between, you’ll be working through your shot list, and possibly breaking down and setting up gear multiple times.

As Jendra reminds us, you have to factor in human elements as well. When does the crew need breaks? Can you order lunch in to save some time?

Once you have the schedule set, it’s key to meet with the entire crew to go over it in detail. Make sure everyone is on the same page before the big day arrives.

A Premium on Prep

The reality is, you’re constantly fighting the clock once your shoot starts. With so many moving parts, things are bound to go wrong on set, eating up those precious minutes throughout the day.

Jendra is spot on when she explains that the difference between a professional and amateur result is the amount of prep that goes into it. When properly prepared, you can better cope with the inevitable mistakes or delays.

Hopefully, her guide will help ensure you’re getting the results you want on set.

Questions about the prep process? Got your own tips for ensuring a professional result? Please share in the comments below.