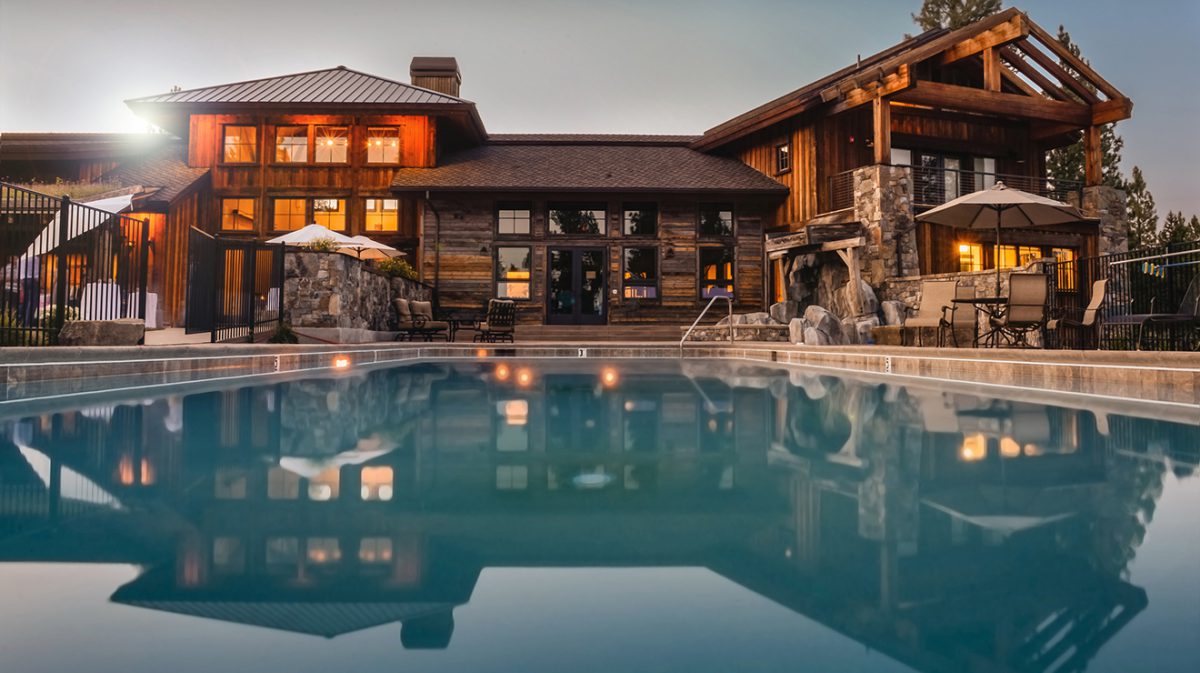 The luxury housing market has rebounded from the Great Recession. Above a certain price point, however, it’s common for houses to linger on the market for a year or longer.

To hook potential buyers, compete for a listing, and sell houses faster, some home owners and real estate agents are commissioning absolutely over-the-top “mini-movies” featuring the property for sale. These videos have professional actors and actresses, Hollywood production quality, and the best part? They actually work.

We took a look at some of the best ones, and examined what makes them so effective. We’ve laid out video marketing takeaways that can be applied to any industry.

These are absolutely not your average property videos, like the ones we showcased when we recently wrote about selling your house with online video. Certainly, a video that shows the layout of a house and its key features will provide a lot more information than still photos, making buyers feel almost like they have seen it in person. But when it comes to luxury houses, that is simply not good enough.

For large properties, it can be important to showcase the layout of the grounds, as well as to give context for its location. This video, created by Film House, of a Colorado mountain retreat (valued at nearly $10 million) includes aerial shots of snowy trees covering idyllic slopes.

These complex shots were achieved using drones, and add value to the video by giving the viewer a bird’s eye view of the landscape surrounding the property. Rather than just showing the driveway or yard, viewers can tell just how remote and tucked away this spectacular home is, which can help them determine if it just the type of retreat they have been looking for.

Aside from that, the video has a very simple plot and features touching scenes of a family getting together for a vacation, helping buyers imagine their family holidays in that house.


While you may not have the budget to work with professional aerial video companies, you might be able to get a smaller drone or remote control airplane and attach a GoPro camera to it, or achieve a similar effect with a long boom pole or by filming from an elevated vantage point. Either way you would likely have fun trying to replicate these shots (carefully, of course!).

Even more important than having a huge budget for fancy equipment is connecting emotionally with potential buyers. Some of the best luxury home videos evoke that calming sense of belonging and family that only a loving home can offer.

This video manages to showcase the neighborhood, the house itself, and the grounds all while telling an adorable story about a young family. While watching, you barely notice that you are being given a tour. That’s because you are seeing it through the eyes of a family living there.

Forget sterile staged houses. This video hooks you on the intrigue of the story. It also invites you in for an intimate, personal view of what it is like to own that house.

All too often, people lose focus on the value-add to the buyer of their product or service. Staying focused on how a product or service makes someone feel is an excellent way to increase their emotional affinity for it, and consequently their propensity to buy. Video is one of the best tools out there for communicating feelings, and this can be leveraged in any number of industries.

The last two videos were very family-oriented. But, what if you were an agent selling a swanky bachelor pad in Los Angeles? You would turn up the heat like these next two videos.

Below, in a video produced by Hello and Company, a mysterious woman in black appears to break into a stunning luxury house. In doing so, she explores its many rooms.

You keep watching to find out who she is and what she’s up to. In the meantime, you get a clear picture of the $35 million property’s features and layout.


A slightly more in-your-face take on funny and sexy mini-movies for luxury homes comes from NEO Property, and was produced by PlatinumHD. Two real estate agents selling the property are featured in the video, as well as a lingerie model playing a damsel in distress.

The uncensored version of this video received over 33,000 views. Clearly, this approach is helping them reach new audiences and more potential buyers.

Unapologetically campy, they are having fun with online video. Importantly, they manage to showcase the home’s amenities while doing so.

The proof is in the pudding, or rather, the signed contracts. The CEO of Film House, Curt Hahn, talked about marketing luxury houses in an ABC News article:

“I’ll give you a perfect example of why still photos don’t sell houses. You wind up with all these empty, cold, still photos that don’t have any emotion. They don’t sell. They just show. Our movies create an emotional connection with a buyer.”

According to a case study Film House published about one of their mini-movies, a buyer from England bought the featured property for 96% of the asking price ($1.495 million) within two weeks of launching the video. The buyer never even visited it in person.

Nearly every home they have made a mini-movie for has a similar story. Buyers just snap them up after seeing the videos.

For those concerned about cost, the exposure and buyer interest a video can garner significantly offsets the upfront investment. Also, when compared to other selling tactics, a video is relatively inexpensive. Consider how much you might give up by dropping the price, especially for luxury homes.

A high production value mini-movie can also greatly speed up the sale of a home. As Hahn states,

“This is the dream for every real estate agent. Put a house on the market. Launch a video. And in a few weeks get an offer from a buyer and you’re off to the races on the next one.”

Still, the costs are substantially higher than a typical home tour, clocking in at up to $30,000. Whether or not that is worth it is ultimately dependent on the value of the home for sale.

Is your company using drones, humor, or emotionally charged videos to connect with potential buyers? How would you implement these elements in your online video marketing strategy? Tell us about it in the comments below or on Facebook and Twitter!