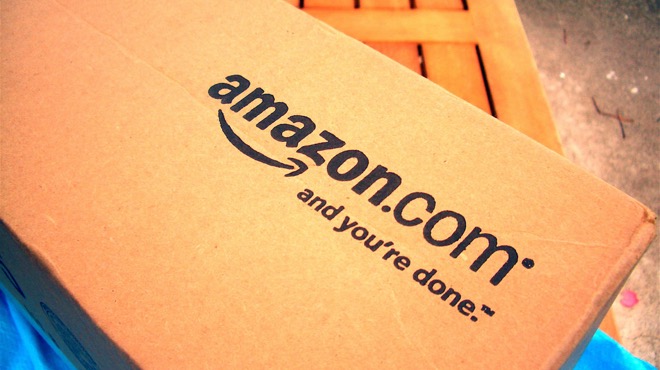 The bidding for Amazon’s second headquarters has been fierce. All in all, 238 different cities are vying for the chance to house 50,000 Amazon employees. Not surprisingly, many cities chose to include video as part of their pitch.

We watched videos from dozens of cities, and noticed interesting differences and commonalities across many of them. Here’s our take on who would win based solely on their marketing video, and a look at the trends that emerged across the different cities.

Branding for the City

All cities have a certain something that sets them apart. Whether it’s a beautiful mountain vista, exciting nightlife, or award-winning food, there’s got to be a reason why so many people want to live there.

One approach to these videos that seemed to be really popular essentially amounted to a branding video for the city. Rather than addressing Amazon’s requirements point-by-point, some cities chose to showcase the best that they have to offer.

After all, an exciting city, with a high quality of life to offer, would be pretty compelling as a location for HQ2. Amazon is already planning to make a major investment in the city they select, so their wish-list doesn’t have to be in place right off the bat.

The video from Detroit stands out for several reasons. The branding is simply excellent, and the video is very representative of Detroit. You’ll see flashy muscle cars, construction and industry, the arts and music, and a great culinary scene. It’s also got an undercurrent of a redemption story, since in many ways, Detroit is still rebounding after being particularly hard hit by the recession.

From the exciting music track and edgy voiceover, to the epic aerial shots of the skyline, Detroit comes across as a really exciting place to be.

The video from Philadelphia is in a similar vein as the one from Detroit, but with a stronger focus on its tech industry. It also features local business leaders who offer a unique perspective on why Philadelphia is a great place to run a business. Its diversity comes across as a big selling point, along with its educational system, and innovative culture.

The voiceover takes the interesting approach of making parallels between Amazon’s corporate culture and reputation, and that of the city of Philadelphia. As a result, Philadelphia’s video does well to communicate their unique value proposition as a business-friendly city.

This video is steeped in history – much like Pittsburgh itself. The mix of historical footage and modern shots of the city gives the viewer a sense of Pittsburgh’s evolution over time.

Interestingly, there is a sense of urgency imbued in the voiceover towards the end. The overall message seems to be, “The pace of change moves quickly in Pittsburgh, get onboard now while there’s still time.”

Dallas Fort Worth’s submission is quirky and fun, featuring everyday citizens sharing their favorite part about living in DFW. It’s an upbeat look at the city through the eyes of its inhabitants.

There isn’t a particular focus on tech or even on business in general in this video. Rather, it showcases what makes DFW a great place to live. Ultimately, the human experience matters when you’re planning to attract 50,000 employees.

Not every city focused on their brand for their pitch to Amazon. Many opted instead to drill down into the more specific reasons why they tick the boxes for Amazon’s requirements for a new HQ2.

With no voiceover or spokespeople, it relies heavily on imagery and graphics to tell the story. Still, by showing Amazon exactly what it would look like if they chose to locate there, Boston winds up with a pretty compelling video.

A really different video comes from Calgary, Canada. With no actual footage of the city, this video stands out from the crowd for its unique approach.

The spokeswoman comes across as genuine and authentic. Her talking points touch on many of the key pieces Amazon is looking for in their new location. Although you have to wonder why they didn’t show what their 50,000 square feet of available office space looks like, their direct and friendly approach delivers the overall message very well.

While looking for a winning video submission, we noticed a few other trends worth calling out.

Most videos featured a spokesperson, people on camera, or a voiceover. Boston and Buffalo both opted not to include any spoken words in their video pitches, relying solely on graphics and visuals to make their case.

Perhaps the most important result is that they are short and succinct. With 238 submissions to sift through, they might have an easier time holding Amazon’s attention with a shorter video.

While watching, we noticed that many cities decided to feature skateboarding or BMX biking in their videos. This might be because skateboarding and other extreme sports are a euphemism for “edgy” or “cool”.

Boston, Frisco, Detroit, Philadelphia, and Las Vegas all included footage of skateboarders or BMX bikers tearing it up on ramps or the street. While we aren’t exactly sure why so many cities decided to include these sports in their respective pitches, it’s a fun element for sure.

Not surprisingly, several cities landed on concepts that creatively used Alexa, Amazon’s voice-activated assistant, to talk through their pitch.

Some only asked Alexa at the end who her top choice would be, which would inevitably be their city. Others made her into a character with a role to play in the video.

Washington DC, Winnipeg, Frisco, and Danbury all featured Alexa in some capacity or another. Our personal favorite is from Winnipeg, where Alexa is cast as a tourist in their city.

It’s whimsical and fun, and provides an informative tour of the city without becoming boring.

No Shots of the Actual City

Of course, every video’s focus is on the city in question. However, not every city is actually featured in their video pitch.

Washington DC and Calgary both omit any footage of the actual city from their pitch. There are some benefits to this approach. The videos do standout from the crowd, and the focus is really on the message being delivered.

On the otherhand, it does require more imagination on the part of the viewer to envision what life is like in those places. It’s a bit of a gamble, and hard to say whether or not it will pay off.

To pick a winner, we isolated four key factors that we thought made a big difference to the efficacy of the overall video pitch. We looked at:

Our favorite in this category has to be Detroit. It felt really true to the city and its history, despite some minor controversy over wind turbines.

Our runners up in the branding category included Calgary, for proving that you can use a spokesperson very effectively for branding, and Pittsburgh, for their clever use of history for storytelling.

Boston was far and away the winner here. The video was clearly designed to address Amazon’s stated needs. By focusing in narrowly on Amazon’s requirements, Boston’s video provides an excellent visualization of the solution they have to offer as an HQ2 candidate.

Calgary also did well to speak to Amazon’s specific needs. However, we felt that Boston’s visual presentation was more effective at communicating their solution overall.

This was a tough call since it can be hard to estimate what actually went into producing a video based solely on the end result. Even relatively simple videos could be the result of hours of labor and love.

Ultimately, the epic nature of the Detroit video won us over. Their use of aerial shots, the stylish voiceover, and visual narrative came together incredibly well.

A close second was Boston, since their use of graphics was really well done. High quality graphics can be really time-consuming and expensive to produce. It’s also very tricky to add graphics to a video without distracting or detracting from the main message. By seamlessly incorporating them into beautiful shots of the city, Boston earned high marks for production value.

We only looked at publicly available data on YouTube for this category. It’s entirely possible that each of these videos received more views through other players, especially if they were uploaded natively to a social platform.

Also, some cities put out more than one video. We only considered their main pitch for Amazon HQ2, but there is an argument for combining total views across the series of videos a city may have put out.

Pittsburg is in the lead with 166k views at the time of writing. Detroit is not far behind with 140k views. Calgary received 35k views, Dallas Forth Worth has 25k, Boston comes in at 24k, Winnipeg is at 21k, and Philadelphia received 10k.

The winner of our little competition is Detroit. Their entry placed either first or second across our four categories. Whether they ultimately win the bid or not, they put out a truly compelling video that really made a splash.

Which video was your favorite? Did we pick the right winner? Let us know what you think in the comments below.