How to Produce a Compelling Video Without Dialogue 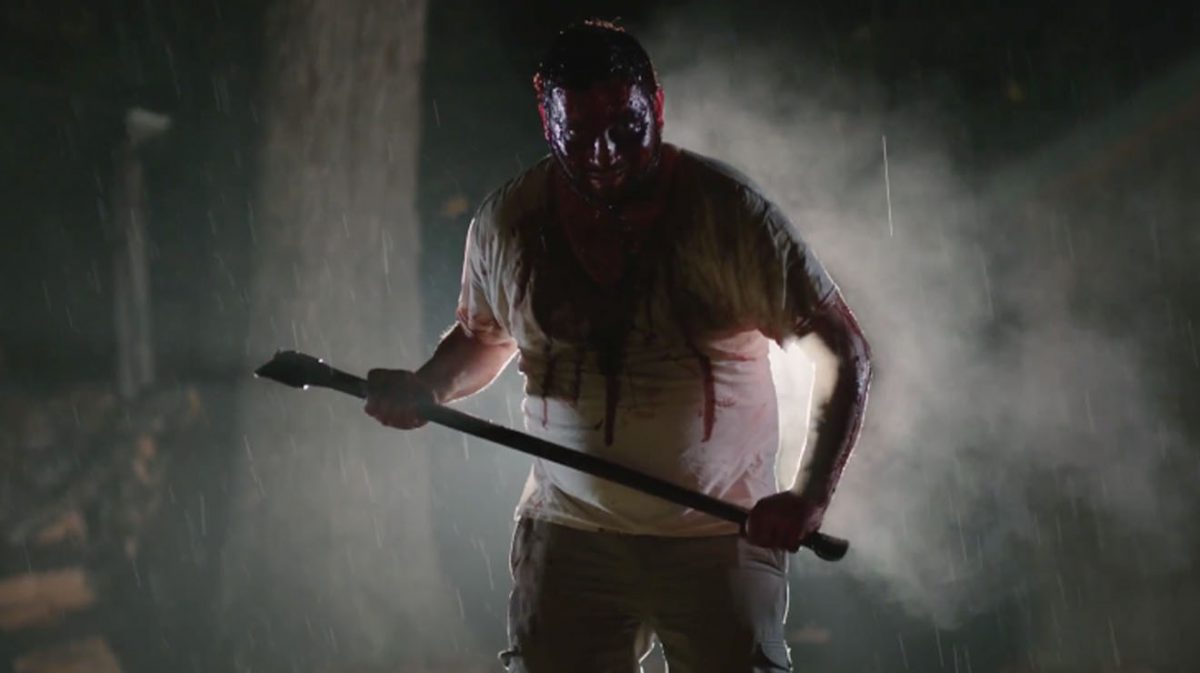 Sometimes, it’s what goes unsaid that adds the most to a story. It might not be your first instinct, but you can engage viewers and get a message across without any dialogue at all.

Given that many videos play without sound, especially if they are autoplaying, or shared on social media, knowing how to craft a silent story is an especially valuable skill. In this post, we explore the pieces that help your viewers put the picture together without a word.

Our Spooky Story Without Words

It’s the best time of year for cuddling around a campfire and sharing scary stories. So, we made a scary story of our own.

Set deep in the woods, Nick LaClair, creative director for SproutVideo, tries to hide from a blood-thirsty villain. You may also recognize Scott Jansson from our horror lighting tutorial.

Although we don’t know whether Nick made it out alive, we do know a lot about what transpired. And, we learned it all without any dialogue at all.

Let’s break down the different elements that allow for powerful storytelling without words.

You Still Need a Script

The lack of dialogue does not mean that you don’t need a script. In fact, quite the opposite. You almost need more detail in your pre-production planning because all the other elements in your video have to come together just so.

Every sequence was scripted, including the action, the camera angles, and the emotions expressed by our actors. In fact, we originally wrote out a script with dialogue.

The script helped us visualize the story unfolding scene by scene, and clarified what each segment had to convey. As we edited it down, we realized we didn’t actually need any words to tell our story.

Creating a detailed storyboard or script enables you to clearly visualize the end product, and helps eliminate variables that could otherwise derail your video.

We immediately knew the protagonist was isolated and alone because of the drone shot of the moving vehicle in the beginning. There were no other cars or lights, just a pair of headlights in the dark.

Known as an establishing shot, the introductory sequence to your video is key because it orients your viewers. It provides the context in which the action unfolds.

Granted, you might not be filming a dramatic scene like ours, but this type of shot is key for any video. Wide or distant shots of where the action is taking place are typically used to start off nearly any variety of video.

From there, we get plenty of clues about what’s happened to Nick. He’s injured, exhausted, scared, and alone.

The visual narrative is built by the set, and the appearance and action of our actors. Without dialogue, you need to spell out the key points of your story in other ways to make sure the message is delivered to your audience.

For instance, Nick isn’t just limping, he’s also spattered with (fake) blood. You know he’s been in a fight, or some kind of trouble, just by looking at him.

Especially for key moments in your video, think about ways you can double down on the takeaways for the viewer. Use more than one visual cue to make sure your message gets across.

It can be hard to grasp the emotional context of a scene when actors don’t speak out loud. You might be able to tell how they’re feeling, but you might not feel it too. That’s where music comes in.

Music is transportive. It moves us. That’s why it’s so key when you’re working without spoken words.

It’s also one of the hardest pieces to get right, because you have to feel your way through it. Tune into your emotions when listening to your potential soundtracks. Do they speak to you? What do they say?

We went with classic horror movie-style tunes for our video. We were looking for a dramatic climax, with plenty of tension in the build-up.

Consider the genre you’re working with, and above all, the way you want your audience to feel when compiling your soundtrack.

Depending on how you’re sharing your videos, you may need to plan for a lack of sound in general. Videos that autoplay, or which are shared on social media, are likely to play without sound.

Shorter videos tend to work best without dialogue. The narrative is condensed, and the action on screen is enough to keep your audience enthralled.

Granted, there are plenty of examples of feature-length films that succeeded without words, like A Quiet Place, or any of these other silent hits.

Still, involved plots or lengthy histories tend to benefit from some dialogue. The more characters you have, the more introductions you’ll need. If there are specific facts you want your audience to remember, they likely need to be reiterated several times.

All that being said, you might need fewer words than you think. Less is often so much more. Cut the fat, and see what’s left.

Questions about crafting your own video without sound? Get expert advice in the comments below.