228 Days Later: Behind the Scenes 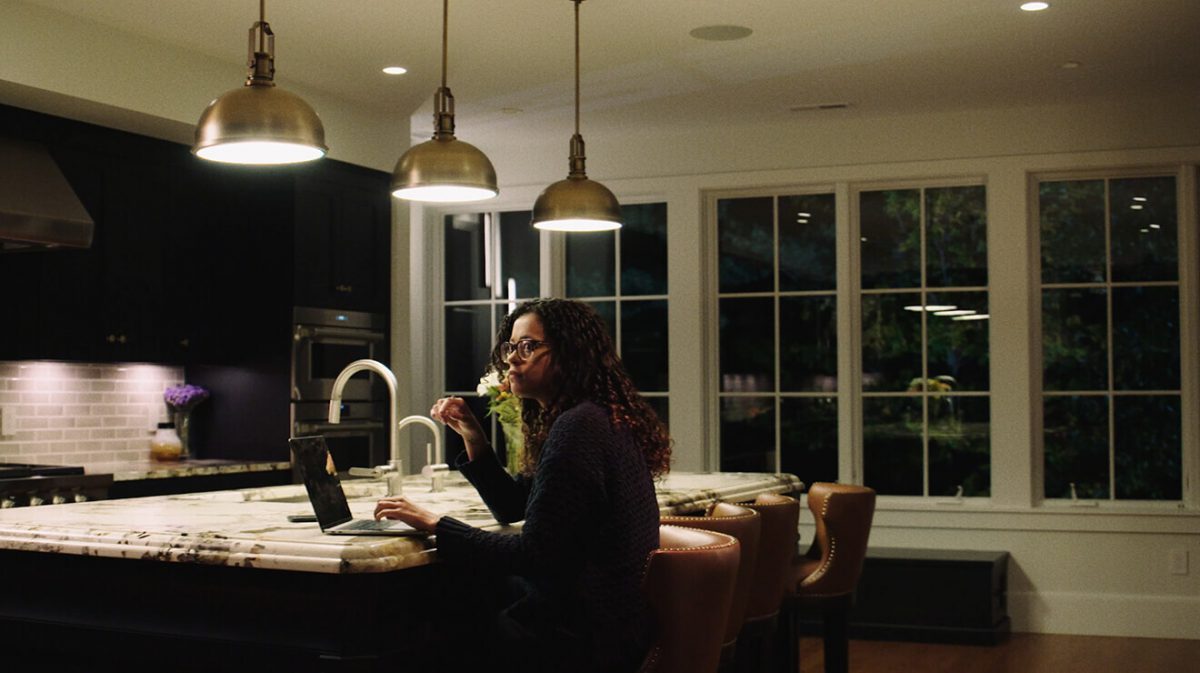 This year, we had no shortage of inspiration for a scary Halloween video. Between the natural disasters, global pandemic, murder hornets, and our overall stress levels, there was a lot to work with.

However, we also had to operate with a very small crew, with everyone’s safety as the very first priority. Some of our ideas were just unworkable with COVID-19 protocols.

Here’s what we came up with, and how we pulled it off.

For those keeping track, Halloween falls roughly 228 days after life in the US was upended by the global pandemic. Before we go behind the scenes, watch the frightening final cut below:

We ran through a lot of different ideas before arriving at our winning concept. This year has felt particularly apocalyptic, so at first, we explored themes around natural disasters and zombies.

However, we quickly realized those plots would’ve required quite a few extras, make-up artists, and more crew members to pull off the way we wanted. In order to keep our shoot as safe as possible, we needed to come up with a script that didn’t require as many people in front of or behind the camera.

Enter the ultimate villain. After trying to come up with a different evil character for our heroine to fight, we realized nothing is scarier than 2020.

After all, our lives are still in upheaval, and the year isn’t even over yet. We also thought it would be really satisfying to see someone square up to this particular evil-doer and fight back.

Once we had a concept, the script came together fairly quickly. We only planned one spoken line of dialogue since we mainly needed to build up suspense until the big reveal of our villain.

We decided to use the spacious house to maximum effect. Our heroine wanders the halls and peeks through a seemingly disordered array of rooms as the threat becomes more tangible.

The pinnacle of the storyline is the confrontation with the source of all the horror. The abject terror in her eyes says it all: this year is the actual worst.

As it turns out, you can run, but you can’t hide from 2020. The final scene is a classic, 80’s-inspired shot of the heroine facing up to this awful year with everything she’s got.

In order to create the right atmosphere, we needed a dark set. While there are other solutions, the easiest option is usually to shoot at night. We planned two night shoots to capture all the footage.

While night shoots are tough because of the hours, you wind up with plenty of time to prepare before the camera rolls. If you’re diligent, they tend to be pretty efficient.

Night one, we tackled most of the simpler and atmospheric shots. For instance, most of the scenes with Alexandra walking around were filmed on night one. This approach allowed us to more meticulously plan the action scenes for night two.

Leading up to the first night, we staged rooms, charged batteries, and set up lighting equipment. For night two, we worked on props and put the final touches on certain rooms where action would be unfolding. On both nights, when the sun went down, we were ready to film.

The only footage we shot before sundown were the scenes in the garage. Since it didn’t have many windows, it was possible to black them out with garbage bags and gaffer tape. This saved us a few hours at night on day two.

Since we were operating with a really bare bones crew, we had to make certain tradeoffs. Nick LaClair, the creative director at SproutVideo, was our director, camera operator, and art department. Brandon Ivey handled lighting and sound, and Alexandra Riley Morton was our lead actress.

For the scale of the shoot and the amount of equipment we were using, you would typically have at least three assistants. Ideally, one person would be focused on audio, with another on lighting, and another would handle props, costumes, and staging.

However, due to COVID-19 safety precautions, we decided to make do with a smaller crew. This meant on-set audio would be harder to capture, but that fit with our concept since we only had one line of dialogue.

It also meant that while we had wanted to craft a physical representation of 2020 to use as our villain, it wasn’t feasible. With our team already stretched so thin, there wasn’t anyone to act with a 2020 prop beyond casting ominous shadows on a wall.

Instead, we decided to create the monster in post-production, which often feels like a gamble. In this case, we think it paid off.

Considering the size of our crew, we had to keep our equipment equally as efficient. Here’s what we used on set:

The anamorphic lens imbued our footage with a cinematic quality to give it a more classic horror movie look. It’s subtle, but it’s apparent in the level of background blur and oval-shaped bokeh in the shots.

With such a small team, much of our equipment had to be used remotely. The camera was hooked up to a wireless monitor so Brandon could pull focus at a distance while Nick filmed with it handheld. Similarly, the RGB LED panels were controlled with a smartphone app, which meant less running around to adjust the lighting.

Since our villain was figurative, and would only be added with CGI in post-production, we used a red light to represent it on our shoot. This enabled us to set up some strong visual contrasts from start to finish.

We used warm, ambient lighting for the opening scene. As it becomes apparent that all might not be well, our actress leaves the well-lit kitchen for darker areas of the house. When she finally encounters the evil villain, red light washes over her face for a classic horror movie scare.

The big Dracast light was used to illuminate outdoor shots, and to cast the shadow of 2020 on the wall. The RGB LED panels (seen above behind Nick) served as our monster because we were able to program an automatic on-off cycle for one light, with the other left on a constant glow, and control both remotely. The fresnels were mainly used to tweak background lighting within the house (also shown above, highlighting the pool table).

For more tips on lighting a scary scene, check out our guide to classic horror movie lighting.

Beyond the basics of editing and color grading, we had to create a monster to represent the year 2020 with CGI. Sara Greene, SproutVideo’s marketing designer and After Effects whiz, had this to say about how it came together:

As a fan of 80s horror movies, the red glow of the room instantly reminded me of horror movie classics like Poltergeist and The Thing. With that aesthetic in mind, I applied various effects to the 2020 text in After Effects to make it warp, shift, blur, glow, and to give it an ethereal quality to essentially bring the monster to life. Along with Nick’s help in post-production, I think we achieved making the monster look as natural as possible in its environment.

Without a dedicated person to capture sound on set, we wound up recording some noises after the fact. For instance, the zipper, wine bottle, door slamming, typing, bag dropping on the counter, and general room ambience were all captured after filming wrapped.

Ideally, we would’ve placed a lav microphone on Alexandra when she was running through the woods. Again, facing limitations in crew size, we chose to use a handheld boom for those shots. We also used a boom on a pole for a majority of the rest of the shots in the house, with the exception of the hallway walking scenes, where we were able to use a lav.

To learn when to use each type of microphone, check out our guide to the three essential microphone setups.

Picking the right music was incredibly important. With practically no dialogue, we knew we’d have to use music to transport our viewers and create tension.

Just like the lighting, the music helps transition viewers through the different stages of the film. We open with a warm, eclectic vibe, but quickly spoil the mood with some unrecognizable sounds. As they get louder, the upbeat music fades, and our actress investigates. As she gets closer to the source, we shift to much more dramatic music and louder monster sounds. Finally, when she retreats to the garage, we shift the mood with a big change in the score to signal her determination to face her fears.

By mapping your music choice to the emotions you want your audience to experience, you can help transport them along on your journey.

We loved watching this idea come to life, and hope you enjoyed it too. Do you have any special video tricks or treats up your sleeve for Halloween this year? Any horror movie film techniques you’d like to explore? Share your thoughts in the comments below!